Bill Shorten has announced he will support Kevin Rudd in tonight's leadership ballot to give the Labor Party "the best possible chance" in the federal election. 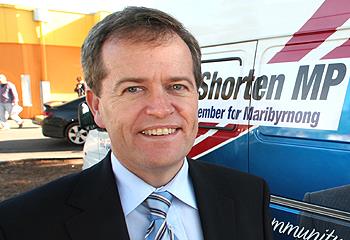 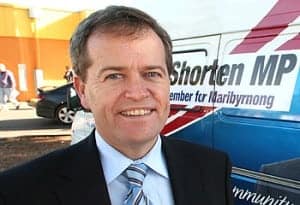 BILL Shorten has announced he will support Kevin Rudd in tonight’s leadership ballot to give the Labor Party “the best possible chance” in the federal election.

In a press conference 20 minutes before the ballot is to be held, Shorten spoke to the media about the valuable reforms of the Gillard government and the difficulty of this decision.

“I have carefully considered my position.

“I have now come to the view … that Kevin Rudd (should be our leader.)”

He acknowledged this decision may come at great personal cost to himself.

Mr Shorten was fundamental in helping install Ms Gillard as prime minister three years ago. Ms Gillard challenged Mr Rudd for the leadership of the Labor Party in June 2010.

It is suggested a Kevin Rudd return would boost the Labor Party’s primary support by 10%.