Changes to the New South Wales Public Health Act will require parents to vaccinate their children or apply for an exemption before enrolling them in childcare facilities across the state. 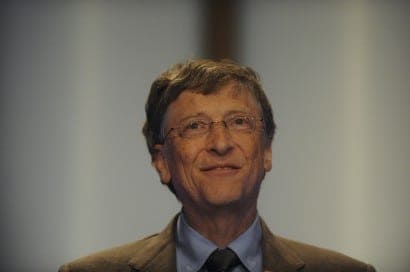 CHANGES to the New South Wales Public Health Act will require parents to vaccinate their children or apply for an exemption before enrolling them in childcare facilities across the state.

The O’Farrell government passed the alterations to existing public health legislation in a cabinet meeting on Monday night in order to combat a growing trend of parents refusing to vaccinate their children, with many believing vaccinations to be linked to health issues such as autism. The new laws will require parents to provide childcare centres with evidence that their child is vaccinated or is on a regular catch-up schedule.

The changes will impose a rigorous process for parents wishing to claim an exemption from vaccinating their child, including mandatory counselling and receiving the written approval of their doctor. Parents will be able to apply for an exemption if they are opposed to vaccination on the basis that any personal, philosophical or religious beliefs prevent them from taking part in the program.

New South Wales Health Minister Jillian Skinner said that she would introduce the amendments relating to immunisation to parliament on Tuesday afternoon. She cited the dangers associated with failing to immunise children as the core reason for the government providing more incentive to parents to vaccinate.

Ms Skinner said: “Anyone who has seen a baby with whooping cough or a toddler with measles or has spoken to a parent who has lost a child knows the devastating consequences of failure to vaccinate. Forget the scaremongering – there is nothing to fear from vaccination.”

Brian Owler, president of the New South Wales branch of the Australian Medical Association, applauded the government’s change to the Public Health Act. He said that it was a “sensible” move that reflected general medical opinion on the importance of vaccination.

Associate Professor Owler said: “Making it mandatory for parents and guardians to supply childcare facilities and schools with documentation about their children’s immunisation status will increase vaccination rates. This is a sensible move that is in line with the experts’ recommendations on the matter.”

Statistics show that around 3% of children have no vaccination record whatsoever, while experts warn that many wealthy parents do not finish their children’s vaccination schedule due to interruption by overseas holidays and work commitments. The government had already implemented financial incentives to parents in order to persuade them to vaccinate children, however the recent changes to the legislation signals a considerably more aggressive approach to the issue.

Microsoft founder and renowned philanthropist Bill Gates spoke at the National Press Club in Canberra yesterday, saying that people were right to be incredulous that wealthy, educated parents in Australia were refusing to vaccinate their children. He said that he had experienced first-hand the debilitating diseases faced by children in developing nations that have no access to immunisation.

Mr Gates said: “Vaccines are there to protect people and thank goodness they are used hundreds of millions of times. Ideally we could have people learn that it’s beneficial – that would be the simplest thing.”