Big Joint rolling up in Sydney

Nimbin’s most famous idol, the Big Joint, will be making an appearance this weekend in Sydney ahead of the NSW state election.

Pro-marijuana activists will be rolling out the inflatable number at the Rooty Hill RSL on Saturday for a seminar on medical cannabis. Trials for the medicinal use of marijuana have gained popular support even among the state’s stiffest political representatives.

Other attendees include American drugs activists who have been involved in the legalisation of pot in 24 US states.

“We’ve been holding these gatherings in Nimbin town hall and been surprised by the turn out,” Nimbin’s HEMP Embassy President Michael Balderstone told Fairfax media. 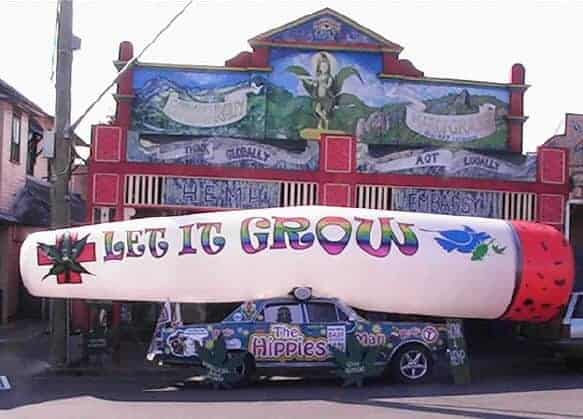 “The RSL venue made us think of how good pot is for post-traumatic stress disorder. Surely that’s right up Alan’s alley,” he said, according to Fairfax.

But before you think you might like to cast your vote for Balderstone’s Australian HEMP Party at the election, take another toke and hold it in… they reportedly forgot to register as a political party in time.