In a row that has sparked criticism from UK and Australian mental health experts, an exhibition at the Perth Royal Show risked being placed in isolation. 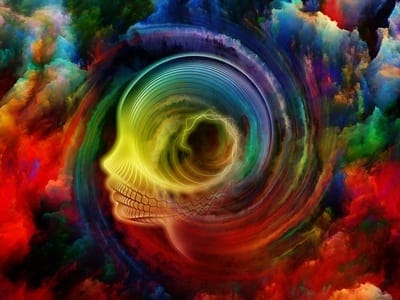 The ‘Bethlem Sanatorium’ ride, which opened at the Perth Royal Show this weekend, risked a straitjacket after complaints by Australians and Brits alike that the exhibition is offensive and stigmatises mental illness.

The exhibition, or ‘ride’, would have allowed visitors to move through a representation of the UK’s Bethlem Hospital where patients with mental illness were cared for.

Featuring 20 actors all displaying various mental illnesses, the exhibit represents a similar situation as hundreds of years ago when psychiatric patients were exhibited’ at fairs for public entertainment.

The 800-year-old institution, founded in the Middle Ages and known as the St Mary of Bethlem, is still in existence to this day, now known as the Bethlem Psychiatric Hospital. It was also commonly known as ‘Bedlam’.

The current Bethlem Royal Hospital is under the auspices of the UK’s National Health Service for South London and Maudsley. In an open letter, chief executive of National Health Services, Dr Matthew Patrick, said the exhibit was highly offensive to those who suffer of mental illness or those who are close to anyone receiving psychiatric treatment.

“The ride is deeply offensive; stigmatises mental illness and reinforces negative stereotypes about mental health. It fosters discrimination and promotes the perception of scary mental health patients which will undoubtedly deter people from seeking the help they need, read Dr Patrick’s letter.

“The Bethlem has a long history but is also a real place, with real patients who are experiencing real illness. We ask that you cancel this ride so that it is not included in the show and does not cause detriment to our hospital, staff and most importantly to our patients and other people with mental health difficulties.

Mental health campaigners from around Australia came up in support of Dr Patrick’s calls to scrap the Bethlem exhibition.

Speaking to the ABC, Frank Quinlan, chief executive of Mental Health Australia, said, “It just seemed to me almost beyond belief that in this day and age we would see people perpetuating stereotypes and images of people who experience mental illness.

Supporting Quinlan and Patrick’s argument is Jack Heath executive chief of SANE Australia, saying, “Australia’s made huge strides in reducing stigma for depression and anxiety in recent years, and he’s shocked the Royal Show thought the exhibit was appropriate.

“We were profoundly disappointed and we must say surprised at the same time. We had thought that these sorts of attitudes or making jokes about these sorts of things had been put to bed, you know, 10 – 20 years ago, so a great surprise to us.

“For people who’ve had loved ones who’ve been affected by severe mental illness or even for people who may have been involved in institutions in the past, those people are profoundly concerned and upset with it.”

According to the ABC, the president of the WA Mental Health Association, Alison Xamon, said than the concept of the ‘Bethlem Sanatorium’ was insensitive.

“It would be a nice thought that outdated ideas around mental health were so far back in our history that we could actually get to a point of poking fun at it ourselves,” she said.

“But unfortunately, we really aren’t there yet.

“What we do know is that there are some ongoing stereotypes around mental health which are very pervasive.”

While the Perth Royal Agricultural Society originally refused to can the ‘Bethlem Sanatorium’ exhibit, saying it, “had nothing to do with mental illness, and was simply a thrill attraction in the mould of a traditional haunted house, the fate of the exhibit’s,” a decision was made late on Friday to rename the exhibit.

The organisers announced that the haunted house attraction will be renamed Mayhem Manor removing any historical connections to mental health.

“In light of the feedback from Consumers of Mental Health WA and other mental health advocacy groups in the community we have worked with the attraction owner to make changes, said Peter Cooper, the chief executive of the the Royal Agricultural Society.

“Our event is the most important community event in the state and we think it is essential that we take notice of the groundswell of support from mental health advocacy groups in the community over this issue, he said.