Former AFL superstar Ben Cousins has reportedly been assaulted in a Perth park by a suspected motorcycle gang member. 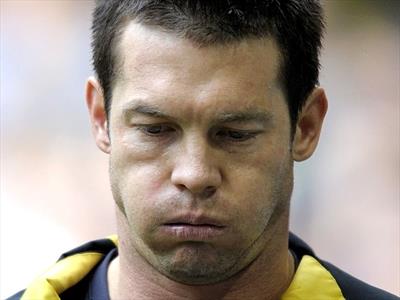 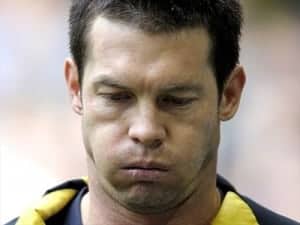 FORMER AFL star Ben Cousins was reportedly involved in a physical altercation with an alleged bikie in a Perth park yesterday, resulting in the controversial ex-footballer being thrown to the ground in front of his family.

Police confirmed that a dispute took place between two men in an East Fremantle park on Sunday afternoon, where it is believed that Mr Cousins was spending time with relatives. A witness to the incident said that two men approached the 35-year-old former footballer and yelled “I’m going to kill you” before physically assaulting him.

Police spokesperson Susan Usher said that officers were called to respond to an incident in the park, however by the time they arrived that everyone involved had left the area. She said that, as no complaint had been made to police, no police investigation could take place.

Mr Cousins is no stranger to controversy, with the talented athlete known as much for his off-field antics as his on-field prowess throughout his career. He joined the West Coast Eagles in 1995 and ascended to the position of club captain before being fired in 2007 as a result of an addiction to methamphetamines.

After spending a year seeking treatment for his addiction, Mr Cousins returned to the AFL with Richmond and went on to play for two more seasons at the top level of the game before retirement. Last year, Mr Cousins was faced a charge of drug possession after being discovered with 4.56g of methylampetamine concealed inside his body at Esperence airport.

Mr Cousins arrest last year was overshadowed by rumours of his involvement with motorcycle gang the Coffin Cheaters and convicted drug trafficker John Kizon. Mr Kizon, an industrial mediator, was a confidante of Mr Cousins’ close friend Fabian Quaid, who is currently serving a seventeen year sentence for conspiring to import 44kg of ecstasy into West Australia in 2008.