Australian embassy to Lebanon severely damaged by a massive Beirut explosion which has injured consular staff and left one Australian dead. 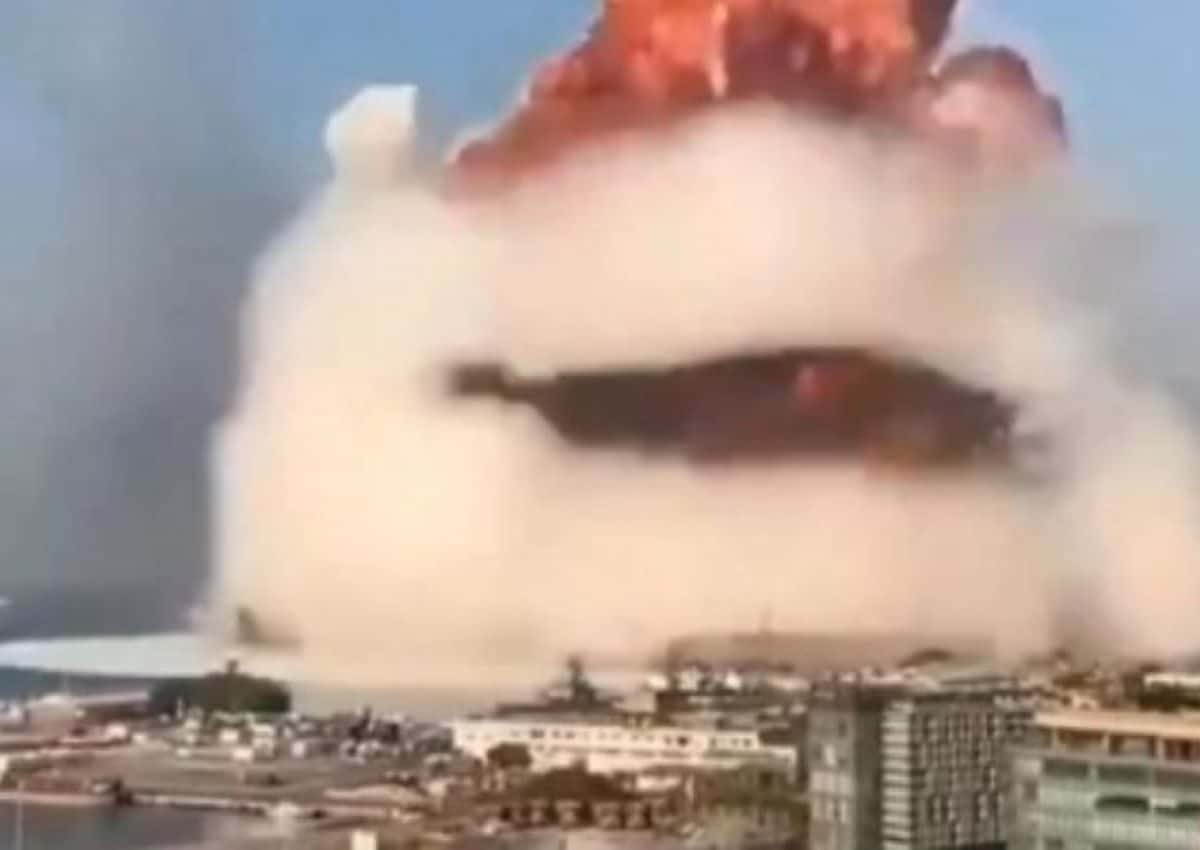 The Beirut explosion has left the Australian embassy there damaged, while one Australian national is known to have died.

The extraordinary blast, which followed a much smaller initial explosion, rocked the Lebanese capital on Tuesday. Buildings in the immediate vicinity were turned to rubble while a huge shockwave rippled across the city, smashing windows and over turning cars, as a nuclear like mushroom cloud rose into the sky. The sound of the explosion could be heard as far away as Cyprus, 230 kilometres from Beirut.

Watch: video footage of the massive explosion in Beirut

Lebanon’s government has said the explosion was caused by the accidental ignition of 2,750 tonnes of ammonium nitrate stored near a city port.

At least 100 people are so far thought to have been killed in the Beirut explosion and about 4,000 injured. Many thousands more have been left homeless, according to reports.

Australia’s prime minister, Scott Morrison, confirmed on Wednesday that the country’s embassy had been severely damaged by the blast about 1.8 kilometres away. Some consular staff had suffered minor injuries.

“We can report all of the staff there are well, but the building that the embassy is in has been significantly compromised,” he said.

Mr Morrison had earlier confirmed that one Australian citizen had been killed by the explosion.

“I’m advised that about 95 per cent of the windows and the front of the chancellery of the embassy have been blown out, and that staff have been affected by a number of glass injuries,” she said, according to the ABC.

“Fortunately they are relatively minor and they have all been treated.

“The ambassador, Rebekah Grindlay, is working with all our Australia-based staff and her locally engaged staff to support them.”

“We will be providing as much support as we can, it will be difficult to work in those circumstances, but we’ll use whatever means are at our disposal to support Australians.”

Australia boasts a significant Lebanese community of almost a quarter million. According to the prime minister, there were around 20,000 Australians typically living in Beirut before the coronavirus crisis.

“Our hearts really go out to our Lebanese Australian community,” he said.

“I know there will be many prayers in the churches and the mosques in Australia.”