A landmark report looking at the state of the world's tropics predicts Australia's tropical zone will expand by about 200 kilometres every 25 years. 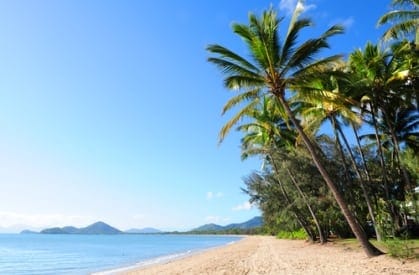 Crocodiles, cane toads and the mosquito-borne dengue virus may start cropping up in more southerly regions of Australia as the tropics expand due to climate change.

The tropics are expected to grow by about 200km every 25 years which could lead to Perth, Sydney, Adelaide and possibly Melbourne becoming hotter and drier by the turn of the century.

The predications form part of a 500-page landmark State of the Tropics report unveiled by Myanmar’s opposition leader Aung San Suu Kyi in Yangon this week.

Twelve research centres from around the world collaborated on the report including James Cook University (JCU).

Dr Joanne Isaac, a researcher at JCU’s Centre for Tropical Biodiversity and Climate Change, collaborated on an essay for the report which looks at the expansion of the tropics.

“If you think about pushing the tropics south in Australia 200km it means, for example, that the conditions in say Cairns will be further south,” she said.

“By the turn of the century I think we’ll definitely see some very significant changes.

“We’ll probably have a climate that’s pretty different to the one we remember,” she said.

The primary drivers of the expansion are likely greenhouse gases, black carbon, aerosols and other man-made pollutants.

While southerners may be happy about the prospect of more warmer, sunnier days ahead, Dr Isaac warns Australia faces big challenges as it adapts to the climatic shift.

As those areas currently in the subtropical zone become drier and hotter water resources may be strained, affecting highly populated areas, the agriculture industry and biodiversity.

Dr Isaac says there’s evidence some plants and animals have already started moving south as they track their preferred climate, although it appears they’re lagging behind the rate of tropical expansion.

There were a couple of predictions that things like crocodiles may track further south if the water is warmer, she said.

Also things like cane toads will be shifting with the climate which will impact some native species.

Drought, cyclones and tropical disease could become more prevalent in the south, while flooding may plague the north.

Australia will need to ensure policies are in place to cope with the climatic shift, including changing building codes in areas which will, possibly for the first time, be impacted by cyclones and more severe flooding.

The State of the Tropics report is the first analysis of all of the world’s tropics and aims to shine a light on environmental, social, health and economic factors affecting the area.