Australia’s population will officially hit 23 million on Tuesday at 9:57pm AEST (12:57pm in the UK) according to projections by the Australian Bureau of Statistics. 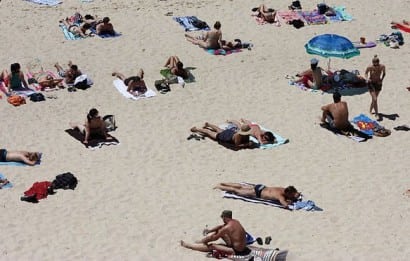 AS AUSTRALIA’S population pushes towards 23 million, the federal government says it’s not concerned with the size but rather the distribution and composition of the nation’s people.

“We are interested in where the population is and the type of groups within our population,” he told reporters on Tuesday.

He said the government was working to balance this, adding that it was important to ensure migrants bring with them the skills Australia needs.

The Australian Bureau of Statistics says its projection is based on last year’s population estimate, taking into account factors such as the country’s birth rate, death rate and international migration.

International migration adds one person to the population every 2 minutes and 19 seconds. There is one baby born every 1 minute and 44 seconds, and one death every 3 minutes and 32 seconds.

Catching COVID from surfaces is very unlikely. So perhaps we can ease up on the disinfecting

Why eating a piece of humble pie makes for good leadership

Births outnumber deaths two to one. Coupled with a 14 per cent increase in migration, Australia’s population is now growing by more than 1,000 per day.

Migrants form around 27 per cent of Australia population. 6 million Australians were born overseas.

Most migrants came from the UK, accounting for 5.3 per cent of the total population followed by New Zealand at 2.5 per cent, China at 1.8 per cent, India at 1.5 per cent and Vietnam along with Italy, both 0.9 per cent.

If current migration and birth rates do not change, the ABS estimates Australia’s population will be 35 million in 2056, and 44 million in 2101.

ABS director of demography Bjorn Davis says it is impossible to know who the 23 millionth person will be.