Australia's middle-class is feeling the grip of taxes and inflation while their jobs are under the constant threat of company cost-cutting, says Gottliebsen. 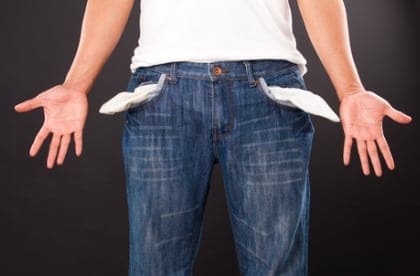 Australia’s middle-class citizens are feeling the economic pinch more than any other income group, according to respected Aussie finance reporter, Robert Gottliebsen.

In an article published in Australian News, Gottliebsen says that international governments, including the Australian government, “Seem to be of the belief that the struggling middle class is too well off and love to hit them with tax blows.

Australian companies have, during the last financial year, reported slower growth margins with the national carrier Qantas making headlines as they struggle to keep their heads above water.

“People were not increasing their purchasing because their incomes were under pressure. Yet profits rose because of cost-cutting. Mostly, those cost cuts involved labour shedding created by better technology and computer systems.

“Public servant salaries are rising but that is not happening in vast areas of the private sector, where most of the middle class works.

“Governments are being forced to cut expenditures, so public servants will soon join their private counterparts, writes Gottliebsen.

He adds that a further concern for middle-class workers is that if companies are contending with unions that won’t flex under economic pressures, companies have no option but to close down – resulting in inevitable job losses of the same people the unions are acting on behalf of.

According to Gottliebsen, companies showing any kind of profit rise were often resorting to cutting their overheads and in this case it often meant shedding their labour costs by cutting their staff and finding a technological or computerized solution instead.

Gottliebsen remarks that Australia’s Coalition government, “Is one of the few in the world with unique policies to combat this trend by making large organisations sign fair deals with smaller ones. It’s those smaller organisations where labour is employed.