Australia's first Muslim frontbencher has been subjected to a tirade of abuse online after being sworn into his position on a Koran by the Governor-General at a ceremony on Monday. 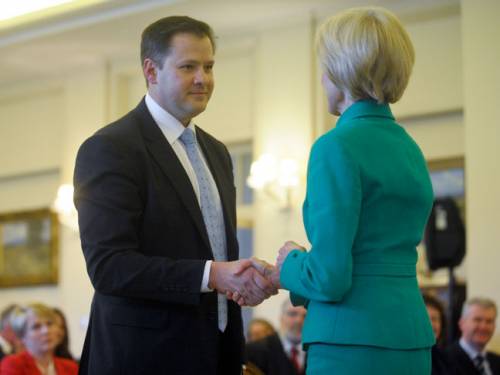 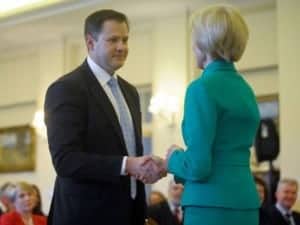 AUSTRALIA’S first Muslim frontbencher has been subjected to a tirade of abuse online after being sworn into his position on a Koran by the Governor-General at a ceremony on Monday.

Ed Husic was named as parliamentary secretary to the Prime Minister and parliamentary secretary for broadband in the Cabinet reshuffle that occurred in the aftermath of Kevin Rudd’s successful leadership challenge last week. The 43-year-old former president of the Communications, Electrical and Plumbing Union of Australia was elected federal parliament in the electorate of Chifley in 2010.

During the swearing in ceremony in Canberra, Governor-General Quentin Bryce said: “This is a wonderful day for multiculturalism, and everything it stands for in this country.”

While Mr Husic received considerable support and congratulations on social media, a number of users took to the politicians Facebook page to register their outrage over Mr Husic’s choice to use a Koran as a part of the ceremony.

Facebook user Ross Peace wrote: “Our allegiance should have been to Queen and Country first Ed. That means saying the oath on the holy bible not the Koran…. Shame, Shame, Shame. I am so disappointed in this government that they don’t have the spine to stand up for the Australian way of life.”

Other users claimed that Mr Husic’s decision to be sworn in on the Muslim holy book would undermine Australian tradition and values. One user, Carrie Forrest, accused Mr Husic of pushing for the introduction of Islamic sharia law despite the MP’s well-publicised reputation as a moderate Muslim.

Mr Husic addressed the criticism of his decision today, saying that in a democratic country like Australia people had the right to question the actions of their representatives. He described his critics as “people of the extremes” and cautioned the Australian public against reacting “because of harsh words out of dark corners.”

Mr Husic said: “(People) may have questions and they may have concerns and people are right to raise that. But I also think you’ll have, from time to time, people of the extremes. There are people that are definitely extreme … and they will always try to seek ways in which to divide people. The important thing is mainstream Australia wants everyone to work together.”

He also used Twitter to thank those that had congratulated him upon his appointment. He tweeted: “Ours is a great country with a big heart. Thank you everyone for your tremendous support and phenomenal generosity of spirit.”

President of the New South Wales Anti-Discrimination Board Stepan Kerkyasharian said that Mr Husic could play a significant role in improving relations between the government and Australia’s Muslim community. He said that it was a “sad day for any society” when someone was abused for their religion.

Mr Kerkyasharian said: “It should be an interesting and positive milestone that someone of migrant heritage has come to Australia and has now, through our democratic process, reached a position of leadership.”

Mr Husic was also the first federal MP to be sworn into parliament on a Koran in 2010. His swearing in ceremony took place alongside MPs from a variety of religions including Christianity and Judaism.