Australia’s budget not in crisis yet, Shepherd says

Chair of the Commission of Audit Tony Shepherd has faced a Senate inquiry after the release of his review of government spending. 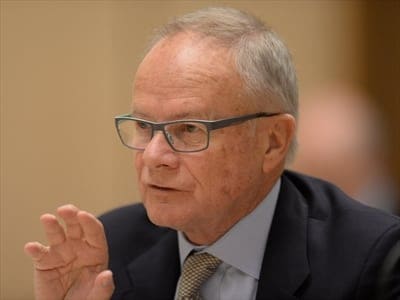 The team tasked with telling the federal government how to save money appears to be leading by example.

The bill for the National Commission of Audit came in under budget and below the $1 million set aside for the five-month review into government spending and efficiency.

The commission made 86 recommendations aimed at reducing expenditure by $70 billion a year, in 10 years time.

The government will respond to the recommendations, which focus on health, the ageing, welfare, education and defence sectors, when it hands down the May 13 budget.

Treasurer Joe Hockey has previously described the budget as being in a state of emergency.

However, audit commission chair, Tony Shepherd, agrees Australia isn’t in the sort of crisis that hit Greece, Ireland and Iceland.

“What we are saying is `let’s make sure we don’t get into that sort of crisis’,” he told a Senate inquiry into the audit process in Canberra on Friday.

Asked whether he thought they would be taken up by the government, he said: “I’ve no idea.”

The audit also looked at ways of cutting the public service.

If its recommendations are taken up, 15,000 civil servant jobs could be axed.

Mr Shepherd said that number would overlap the 12,000 jobs previously targeted by the government, but he did not say by how many.

The commission has also suggested the minimum wage be cut to $488.90 a week, which would be 44 per cent of current average weekly earnings.

Mr Shepherd believes the minimum wage is too high and is impacting youth unemployment, which stands at 12.5 per cent.

“I would rather have more young people employed,” he told the Senate committee.

Separate from the audit, the government could also impose a deficit levy on Australians earning more than $80,000 a year.

Labor senator Sam Dastyari reminded Mr Shepherd he had previously referred to levies as an “economic smash and grab raid”.

“It depends on the particular levy. I have not got an opinion about this levy,” Mr Shepherd said.

But a deficit levy would have a short-term budget impact, while the audit offered long-term measures that would likely bring forward the timing of a surplus, he added.