In Australia's biggest ever counter-terrorism operation, police believe they have prevented a public beheading in Sydney. 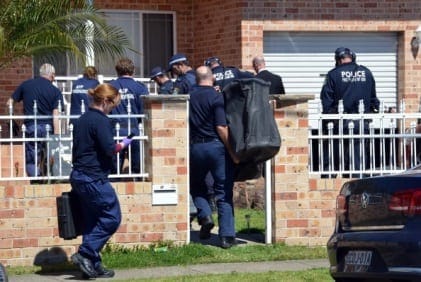 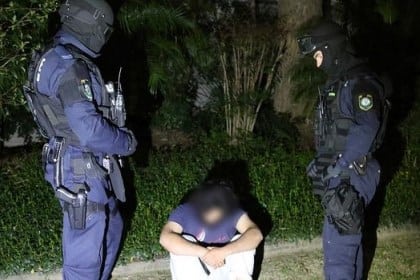 15 people have been arrested with one man, Omarjan Azari, charged with serious terrorism offences, apparently including the intent to carry out a public beheading on the streets of Sydney.

It is understood police believe that suspects were planning to behead a random member of the public and drape the victim in the flag of the Islamic State, also known as ISIS or ISIL. According to The Sydney Morning Herald, amongst objects confiscated by police in the raids was a sword.

Azari, 22, from Guildford, appeared briefly in court later on Thursday. Commonwealth Prosecutor Michael Allnutt told the court that Azari was part of a plot to commit an act to “shock, horrify and terrify” the Australian community.

The plan involved the “random selection of persons to rather gruesomely execute”, Allnut said.

Allnutt told the court the accused had “an unusual level of fanaticism”.

Bail was refused and the case deferred for 6 weeks

When asked about the alleged plot to conduct a public beheading, Prime Minister Tony Abbott told reporters: “That’s the intelligence we received.

“Quite direct exhortations were coming from an Australian who is apparently quite senior in ISIL to networks in Australia to conduct demonstration killings here in this country,” Mr Abbott said.

“So this is not just suspicion, this is intent.”

“The reports of what these people were allegedly preparing are truly shocking. Like every Australian it makes me sick to the stomach to think that some of the images that we associate with other parts of the world could possibly occur in our streets,” he said.

IMAGE: Forensic experts collect evidence from a house in the Guildford area of Sydney on Thursday as part of Australia’s largest ever counter-terrorism raids. (SAEED KHAN/AFP/Getty Images)

About 800 state and federal police officers in New South Wales and 70 in Queensland conducted raids in Sydney and Brisbane late on Wednesday night and into Thursday.

Australian Federal Police acting assistant commissioner Andrew Colvin said the raids in Brisbane were a “follow-up” to last week’s arrests in the city and not necessarily linked to the Sydney raids, although the possibility was being investigated.

“So while the raids in Queensland are not directly related to what’s happened here today in NSW, the investigations continue and we are looking at linkages between the two,” Mr Colvin told reporters.