Yorkshire’s temperamental weather might be a far cry from warm Australian beaches and long sunny days but it seems you’d have to do far worse to get the crowd from Down Under, under the weather in the UK. 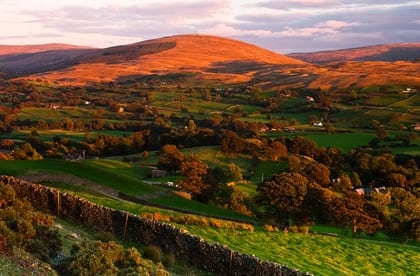 According to new reports Aussies have fallen in love with the British district, Yorkshire, which claims natives such as singer Kiki Dee, Robin Hood, Captain Cook, Guy Fawkes and the Brontё sisters.

It seems droves of Australian tourist are not put off by the wet, melancholy weather. A report by the VisitBritain campaign published in the Yorkshire Post found that Australian tourists made more than 27,000 trips to the region last summer, spending £14 million. The report also stated that this was a new summer record and nearly triple the £5 million spent during the same period in 2012.

Australians seemed to embrace the Yorkshire country side with more Aussies visiting the region’s historic cities, such as York as well as the Yorkshire Dales and the North York Moors, than any other nationality.

Welcome to Yorkshire’s chief executive, Gary Verity, said: “Yorkshire’s profile has never been so high. We are riding a wave of worldwide acclaim and we fully expect an influx of international and domestic visitors to flock to Yorkshire this year and for many years to come as the legacy of the Grand Départ of the Tour de France is felt in our great county.”

He continued that: “Yorkshire is very much on the must visit list for many people around the world now and we cannot wait to welcome them.”

Australians visiting the UK favoured London, Edinburgh and Bath followed by Yorkshire. Sites explored by Australians included the Yorkshire Dales, the North York Moors and parts of the Peak District. While visits to castles such as Middleham and Skipton also featured on most Aussie tourists’ travel itineraries.