Australians think immigration should be cut? Well, it depends on how you ask

OPINION & ANALYSIS: While concerns about the level of immigration have increased, there is continued endorsement of the view that Australia is an immigrant nation, that immigration benefits the country and that it will continue to play an important role in the years ahead. 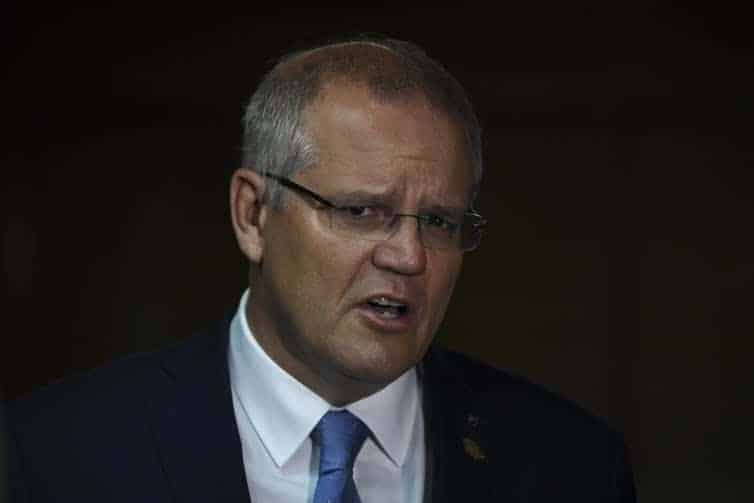 Over the past 12 months, immigration policy has been increasingly contested in Australian politics and the media. Former prime minister Tony Abbott has been prominent with his advocacy of a reduction in the permanent intake from 190,000 to 110,000 a year. In October, New South Wales Premier Gladys Berejiklian called for the state’s net immigration levels to be halved.

In November, Prime Minister Scott Morrison, in the context of his endorsement of immigration, envisaged a carefully managed cut to the permanent intake, in consultation with the states. He heard “loud and clear” that “Australians in our biggest cities are concerned about population”.

They are saying: enough, enough, enough. The roads are clogged, the buses and trains are full. The schools are taking no more enrolments.

While there was inconsistency in the proportions obtained, a number of opinion polls in 2018 reported majority opinion, in the range 54%-72%, favouring a cut in immigration. These findings were reported without scrutiny, under headlines such as “Voters back migration cut”.

In October 2018, the Fairfax-Ipsos poll found that a minority, 45%, favoured reduction while a majority (52%) agreed that the intake should remain at the current level or be increased. In surveys in July-August, the Scanlon Foundation obtained an almost identical result.

One of the Scanlon Foundation surveys was interviewer-administered with a sample of 1,500. A second, with a sample of 2,260, utilised the Life in Australia panel, which provides for almost 90% of the surveys to be self-completed online. The surveys, which used an identical questionnaire, comprised 77 questions, including a broad range of questions on immigration, enabling a balanced understanding of public opinion.

This contrasts with surveys commissioned for the media, which typically include only a small number of questions on immigration.

Results in the interviewer-administered survey found 43% of respondents believed the intake was “too high”, while the Life in Australia panel finding was 44%.

In addition to testing views on the level of immigration, it is important to establish how important people perceive immigration to be. If it is the case that there is widely held public concern that is being ignored then this would be indicated when survey respondents are presented with an invitation to rank issues of concern.

Since 2013, the Scanlon Foundation survey has asked respondents, in an open-ended question, to specify “the most important problem facing Australia today”. In 2018, just 7% of respondents indicate that immigration is the most important issue. While this proportion has increased since 2015, the increase has been of only four percentage points.

At the same time, a large majority affirmed the value of immigration: 82% agreed with the proposition that “immigrants improve Australian society by bringing new ideas and cultures”, while 80% agreed that “immigrants are generally good for Australia’s economy”.

Furthermore, 85% agreed that “multiculturalism has been good for Australia”, a finding consistent with the Scanlon Foundation surveys since 2013. And 81% disagree with an immigration policy that discriminates on the basis of race or ethnicity, while 78% disagree with discrimination based on religion.

When looking at the views of young adults with university-level education, the report found a relatively high level of concern about house prices (52%) and the impact of immigration on the environment (44%). But a notable distinguishing feature of these young adults was the very low level of agreement that immigrants increase crime rates (7%), that the immigration intake is too high (7%) and that immigrants are not good for the economy (1%).

There is also evidence that, despite the changing tenor of political discussion of immigration, there has been little change in underlying attitudes. Evidence is available in the Scanlon Foundation surveys and also the ANU Poll, the Lowy Institute Poll and the Essential Report from April 2018.

While concerns about the level of immigration have increased, there is continued endorsement of the view that Australia is an immigrant nation, that immigration benefits the country and that it will continue to play an important role in the years ahead.

TOP IMAGE: Prime Minister Scott Morrison says he has heard “loud and clear” that “Australians in our biggest cities are concerned about population”. (AAP/Lukas Coch/The Conversation)