Australian pays as much as 21 times more than Britain for some commonly prescribed medicines. 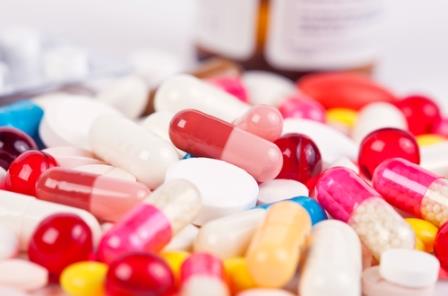 Australian consumers pay up to 21 times more for the same prescription drugs than patients living in Britain.

Aussies are wasting more than AUD$400 million a year on overpriced prescription drugs and often pay as much as twice what Brits do for medical treatments, according to a News.com.au report.

Australia’s pharmaceutical benefits subsidy scheme determines the price at which chemists must sell medicines but chemists often hugely inflates prices, with mark-ups being as much as 80% on prices offered by pharmaceutical manufacturers.

In 2007 the Australian government imposed a price disclosure policy that would identify the discount prices drug companies were offering to chemists and in turn recoup the savings for taxpayers.

But recent complaints by the Pharmacy Guild claimed that this policy has already cost the current financial year AUD$90,000 in profits.
But, says University of Melbourne economist Professor Philip Clarke, Australians are certainly still paying too much for generic drugs despite the massive savings the government’s price disclosure policy would have orchestrated.

“The Australian government is still paying way more for other drugs for example each tablet of a typical dose of (anti-psychotic) Olanzapine cost $2.55 (per pill) in Australia, but just 13 cents in England, Professor Clarke told News.com.au of an analysis he conducted on the latest medicine price drop that came into effect last week.

According to Clarke, the anti-clotting medicine Clopidogrel costs the Australian government $12 a pack while the British government pays just $3.60.

He added that Australians pay almost five times more for the antidepressant and anxiety medicine Venlafaxine than British patients do.

“There is significant scope for Government to make further savings and to implement policies that would make widely used drugs cheaper for many consumers, Professor Clarke said.

This news comes on the eve of government negotiations with chemists over a new five year pharmacy funding deal which is estimated to be worth more than AUD$15 billion.

If you are serious about trying to save money and fix the budget then you need to take a good long look at this, Australian Medical Association president Professor Brain Owler told to News.com.au, adding he was so flabbergasted’ about the news that taxpayers spent AUD$15 billion protecting pharmacists that he had to check the figure twice.

Australian Health Minister Peter Dutton has said that health costs are out of control’ and that the government is planning a further AUD$5.00 increase in January which will push up the cost of the average prescription to as much as AUD$40

He stated that if the Australian government paid actual market prices for generic medicines it could in fact decrease consumer spend on prescription medicines by as much as 50% in some cases.

A spokesman for the Pharmacy Guild said, though: “People should be wary of selective comparisons with overseas countries. We could provide examples of drugs cheaper in Australia than overseas, systems are different.

“We are reaping far greater savings than expected for the taxpayer and over the next five year pharmacy agreement we estimate the savings from price disclosure will be $14billion.