Australians are fatter than the British, UN report

Australians can no longer blame the Heathrow Injection after they pack on the pounds, as a new study from the United Nations says we are some of the fattest people in the developed world, with higher rates of obesity than the UK. 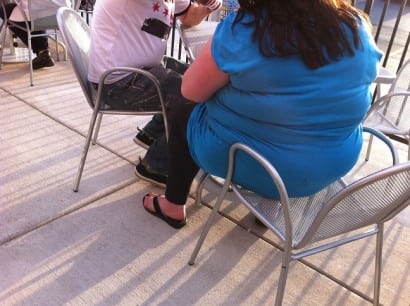 A NEW report from the United Nations has revealed that Australians are some of the fattest people in the developed world, surpassing the United Kingdom.

Obesity in Australian adults affects 25.1 per cent of the population and the figure is expected to keep rising for at least another decade.

Countries where 20 per cent or more of the adult population are obese face a serious public health crisis, the UN report on the State of Food and Agriculture said.

An adult is considered obese when their Body Mass Index (BMI) is greater than or equal to 30. BMI is a measure of body fat based on an individual’s height and weight.

The cost of obesity in Australia is around $60 billion a year, according to a Australian Diabetes, Obesity and Lifestyle (AusDiab) study. Over 60 per cent of the population are either overweight or obese.

People in the United States are on average slightly heavier than Australians but weight gain in that country has stabilised following extensive campaigning.

Consumption of fizzy drinks, trans fats and the fact that we are eating more processed food is leading to weight gain in Australians and defies the global image of a lithe sporting nation.

3 ways to vaccinate the world and make sure everyone benefits, rich and poor

Despite claims NZ’s policing is too ‘woke’, crime rates are largely static — and even declining

Sedentary behaviour has led to obesity becoming commonplace in industrialised countries. Fattest in that category is Mexico (32.8 per cent), followed by the United States (31.8 per cent).

Obesity in the UK has reached 24.9 per cent, lower than the Australian figures but higher than the Irish (24.5 per cent).

The fattest nation surveyed was Nauru where 71.1 per cent of the adult population is obese.

The tiniest people are from Nepal (1.5 per cent) with Vietnam a very close second (1.6 per cent).

Our near neighbours in Japan (4.5 per cent) are one of the slimmest nations in the developed world while New Zealand tipped the scales at 27 per cent.

As of February 25, a total of 221.7 million doses of COVID-19 vaccine had been administered around the world. Well...

Do you want to maximise your earnings in Forex trading? Well, Forex trading involves the exchange of currencies globally for...

When National MP Simon Bridges called Police Commissioner Andrew Coster a “wokester” recently, his intention was apparently to suggest the...

Some studies and research have proven that CBD oil helps with constant stress. But there is so much that can...

This article will have a clear guide on the hedging strategy and what it is about it.