Islamic militant who allegedly employed Facebook to recruit support for Syrian and Iraqi conflict has been taken in to custody in the Philippines and will be deported to Australia. 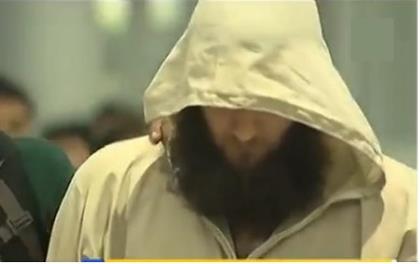 Robert Cerantonio, an Australian suspected of having links with Islamist militants and using social media to urge Philippine Muslims to support the conflict in Syria and Iraq, was apprehended on Friday.

According to a report by Reuters the arrest is the first known link between Islamist militants in the southeast Asian nation and foreign jihadists supporting conflicts in the Middle East.

“He has been recruiting Filipino Muslims to fight in Iraq and Syria,” a senior police intelligence official, who declined to be named because he was not authorised to speak to the press, told Reuters.

“He has been literally calling for jihad. But we’re still validating reports that some Filipino Muslims have responded to his call to arms. His activities here caught the attention of the Australian Federal Police and they alerted us.”

Cerantonio had, according to police intelligence, been recruiting support for ISIS (Islamic State of Iraq and Syria – also known as ISIL and now the Islamic State) since February this year.  Allegedly employing social media to preach radical Islam’s support to Syria and Iraq, Cerantonio might have also been posting recruitment videos online.  Several radical recruitment videos had recently been surfacing on YouTube

Cerantonio will be deported to Australia after his passport was cancelled by Australian authorities.