PNG police and villagers are hunting bandits who attacked an Australian tourist trekking group on a track in the country’s north. 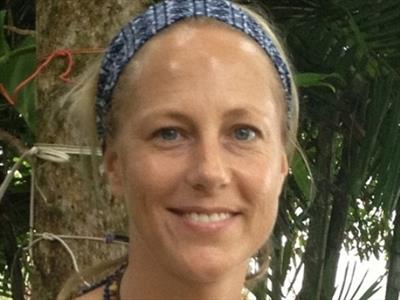 AUSTRALIAN trekkers who survived an attack by bandits who hacked two porters to death on a jungle track in Papua New Guinea are back in Port Moresby ready to fly home.

Eight Australians, one New Zealander and a group of porters were attacked by six bandits as they camped on the Black Cat track in Morobe province on Tuesday.

Two porters were hacked to death, while others received wounds to their heads and arms and legs, including an Australian whose arm was slashed and another who was speared in the leg.

The group – some wearing bandages – were met at Port Moresby’s Jackson’s Airport on Wednesday by Australian High Commissioner Deborah Stokes and consular officials.

“At a time when we are seeking to increase tourism these crimes are an obvious setback – but we must not let them deter tourists and travellers generally visiting Papua New Guinea, and our own people helping visitors in their travels,” he said.

“I express my sympathy to the families of the guides who were murdered, and the victims who sustained injury. I hope all make a speedy recovery,” Mr O’Neill said.

One of the guns was homemade, the other a 303 factory-made rifle.

He said there were no reports that anyone was shot.

“Three of the porters suffered lacerations to their arms and eyes, one was wounded on both legs,” Mr Kakas said.

One of the Australians had his left arm slashed, he said.

“They all had their passports stolen. One man was speared in the left leg. Another has a head laceration, cuts on left elbow and bruises and cut on his back.” Mr Kakas said.

“All police resources are being utilised,” he said.

Trek leader Christie King, the only woman in the group, led some of the Australians through the bush to find help in the wake of the attack.

The town of Wau is a three to four hour walk from where the group was camped, at the Donkey Trail along the Black Cat Trek.

“Some of them did leave to get help, they were led out by the team leader,” Mr Kakas said.

“We were told one porter had been killed, then found it was two,” he said.

Local villagers were tracking the attackers and about 20 police officers and the Airborne Unit had been sent to the area.

The trekking group were given medical attention in Wau, where they spent the night after being checked at a medical clinic.

From there they drove to Buolo village and onto Port Moresby.

Prominent Mackay businessman Nick Bennett is among the trekkers caught up in the attack.

He is the director of a performance coaching business for professionals and the deputy chair of The Mackay Foundation, a philanthropic organisation.

Mr Bennett’s partner and family are not commenting about the incident at this stage, a friend said.

Australia has issued a warning for travellers wanting to walk the Black Cat track, but has kept its travel advice for other notable PNG treks – such as Kokoda – the same.

“Our thoughts are also with those injured,” Ms Plibersek said.

Mr Bennett was contacted by AAP at his Port Moresby hotel on Wednesday evening.