Tourism Australia reports that tourism figures are the best they've been since the 2000 Sydney Olympics, with Chinese tourists leading the growth charge. 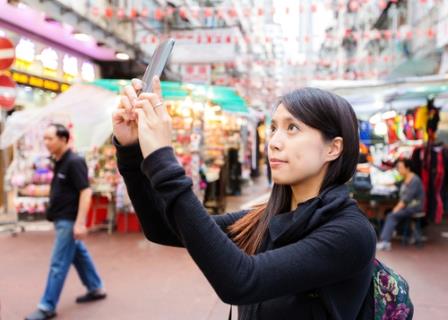 Tourists are flocking to sunny Australia in droves – this according to Tourism Australia’s latest figures.

Airport arrivals, mainly from Malaysia, China and India, have seen a significant increase on the same period as in 2013 reported the data.
Australia was also a popular destination for tourists from Hong Kong, Singapore and Japan with an overall increase in short-term arrivals of 8.2%.

In a statement, Tourism Australia managing director John O’Sullivan said 538,800 people arrived for a short-term visit in August, “We haven’t seen these sorts of international arrivals numbers since the days of the Sydney 2000 Olympics.

“What’s especially pleasing is that we’re seeing strong performances across the board, from our traditional Western markets as well as the newer, emerging Eastern markets that are now very much part of today’s Australian tourism story.

CommSec senior analyst Craig James said the growth in Chinese tourists was nothing short of staggering.

“In just under four years, the annual number of Chinese tourists to Australia has doubled and if the current growth rates keep up, China will surpass New Zealand as our primary source of tourists in around five years’ time, said Craig James, a senior analyst at CommSec adding that the growth in the Chinese tourist market was “nothing short of staggering.

“The other important development is that overall tourist arrivals are growing just shy of the fastest pace in 14-years no doubt boosted by the improvement in the global economy.

James commented that the poorer Australian dollar would have a further positive impact on tourism figures, “The cheaper currency should over time make it more attractive to travel within Australia rather than overseas â€” although it will take some time yet to make a significant dent in the tourism deficit.

Margy Osmond CEO of the Tourism and Transport Forum said the figures are encouraging but also warned that Australia was missing opportunities to attract even more tourists due Australia’s contentious obstacles for tourists such as visa requirements and taxes.

“So far this year, the number of Chinese tourists going to Canada has grown by more than 30 per cent while the US has seen growth of 23 per cent, said Ms Osmond.

“This is a clear indication that Australia needs reform to make it easier for Chinese visitors to come here.

Ms Osmond said that red tape and expenses were deterring tourists. Saying an example was that Chinese tourists to Australia had to pay AU$130, fill out a 15-page application in English and wait 15-days for processing.

“By contrast a potential visitor from the US, the UK or even Hong Kong can simply fill in a quick online form and receive an electronic visa for $20, Ms Osmond said.

“Reducing the cost and complexity of our visa system will improve Australia’s competitiveness.