Abdullah Elmir, the Australian boy who featured in an Islamic State clip threatening Western nations, has appeared in another jihadist propaganda video. 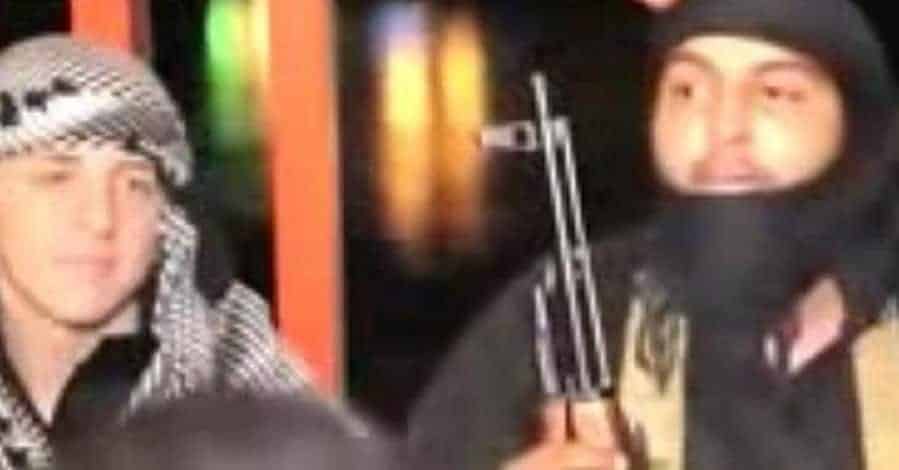 An Australian teenager who last week appeared in an Islamic State (Isis/Isil) video has appeared in a new propaganda clip posted on behalf of the radical group.

The 17-year old Abdullah Elmir, who now calls himself Abu Khaled and has been dubbed by some media as ‘the Ginger Jihadist’ ran away from his Sydney family in June to fight alongside Isis in Syria.

In a clip posted to YouTube last week, the boy was featured threatening Australia’s Prime Minister Tony Abbott and US President Barack Obama, promising to fly the Isis ‘black flag’ over Buckingham Palace and the White House.

In the latest video, apparently filmed in Iraq and titled `An evening on the banks of the Tigris River in the Province of Nineveh in the Islamic State’, speakers say they will “strike the necks of the infidel and Arab countries”.

Elmir can be seen with his fellow Isis militants, brandishing an AK-47 assault rifle, praying and reciting Islamic texts.

Until he travelled to the Middle East, having told his parents he was going fishing, Elmir was a year 11 student Condell Park High school in Sydney’s west.

Students and parents at the school are said to be traumatised at the boy’s actions.

“There is shock but mostly it is sadness,” a student said.

A mother of a boy in year 7 said Elmir and Isis were not representative of Islamic beliefs and has told her son to ignore talk of Elmir’s joining Isis.

“That is not our religion,” she said.

Upon publication of the first Islamic State video featuring the Australian, an unnamed family member said the teenager had been “brainwashed” and is a “stupid idiot”.

“I don’t know what these kids get into,” the relative said.