Prime Minister Tony Abbott is refusing to comment on allegations Australian spies targeted the mobile phone of Indonesia's president and his confidants. 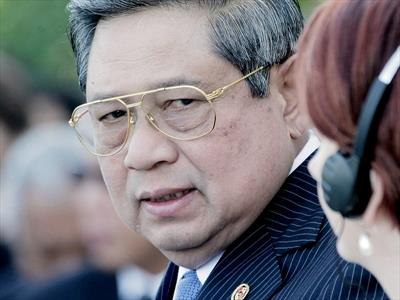 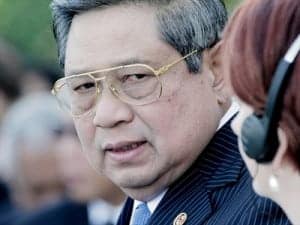 INDONESIA is demanding answers after revelations Australian spies targeted the mobile phones of the country’s president, his wife and other senior figures.

The federal government is in damage control after more top secret documents relating to Australia’s spying operations were leaked by fugitive US intelligence whistleblower Edward Snowden.

The Defence Signals Directorate documents, obtained and published by the ABC and The Guardian, list 10 officials and their phone details – beginning with President Susilo Bambang Yudhoyono and wife Ani.

The papers suggest the president’s mobile activity was tracked for 15 days and at least one eavesdropping attempt was made.

The president’s foreign affairs spokesman, Teuku Faizasyah, has called for an urgent explanation.

Elderly mother charged with murder of her son 50 years ago

“The Australian government urgently needs to clarify on this news, to avoid further damage,” he told AAP on Monday.

“The damage has been done and now trust must be rebuilt.”

The prime minister said Australia uses all the resources at its disposal, including information, “to help our friends and our allies, not to harm them”.

“My first duty is to protect Australia and to advance our national interest and I will never ever depart from that,” he said.

“Consistent with that duty I will never say or do anything that might damage the strong relationship and the close co-operation that we have with Indonesia.”

The latest allegations will ratchet up tensions between Canberra and Jakarta, after an earlier Snowden leak showed Australia engaged in a US-led intelligence operation from its Jakarta embassy.

Mahfudz Siddiq, head of the Indonesian parliament’s foreign affairs and defence committee and a member of the ruling coalition, said the president should review all co-operation with Australia.

“It’s clear that Australia is not a good neighbour, and even a threat,” he said.

“Indonesia has been wrong to establish strategic partnerships with Australia because it has turned out that Australia has treated Indonesian officials as the enemy.”

The committee’s Deputy chairman, T B Hasanuddin, warned the allegations could lead to an explosion in anti-Australian sentiment.

“Indonesia and Australia are friendly countries, neighbouring countries. It’s very improper and an insult that wire-tapping was conducted,” he told AAP.

“This is the kind of incident which could see nationalism grow.”

Former intelligence analyst and now independent MP Andrew Wilkie said while all governments spy on other countries, it was in the public interest that “a light is shone on the way these agencies do business and how they spend billions of dollars of our money”.

Australian Greens senator Scott Ludlam said there needed to be full disclosure on what Australian spy agencies were up to.

After emerging from a 20 minute meeting with Indonesian officials, Mr Engel revealed little.

In the US election next month, record-breaking numbers of voters will cast their ballots by mail for the first time....

With the government borrowing heavily to fund its pandemic response and recovery, it has been suggested it could simply cancel...

There's big money on the line tonight, $3 million! Here are your Powerball results for Thursday, 22 October 2020

Times are most certainly tough and during there trying times you may find yourself needing a bit of help. However,...

Recovering from a viral infection is usually associated with the development of immunity. Whether infection with SARS-CoV-2 protects against reinfection...