Gruen Sweat, a four-part spin off from the original Gruen Transfer, has won a prestigious Rose d’Or award for Best Entertainment Show in Brussels. 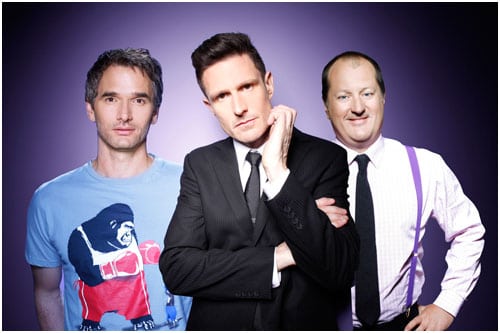 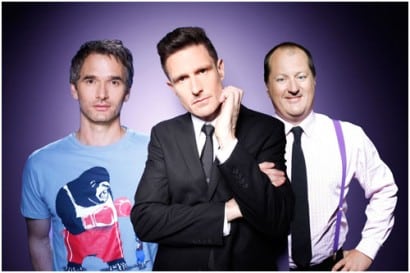 FOR the second year in a row an Australian production has been honoured at the 52nd Rose d’Or Awards in Europe, with Gruen Sweat taking home the top prize in the Best Entertainment Show category.

It aired on ABC1 before, during and after the 2012 Olympic Games and was hosted by comedian Wil Anderson with regular Gruen panellists Todd Sampson and Russel Howcroft. Will Anderson is currently in London with his stand-up comedy show GoodWill at Soho Theatre.

For our interview with Wil Anderson read | With GoodWil

“What a thrill to be in Brussels to accept this prestigious award on behalf of ABC TV and all the cast and crew of Gruen Sweat,” ABC TV’s head of entertainment Jennifer Collins said in a statement.

The win is the second Rose d’Or for the show’s producers, Cordell Jigsaw Zapruder productions, after being honoured at the 2012 awards for their acclaimed SBS documentary Go Back to Where You Came From. The show won the Golden Rose for Best of 2012 as well as an award in the factual entertainment category.

“This is a tribute to a bunch of people who’ve put so much effort into Gruen over the past five years,” he said.

“Obviously, nothing can make up for the pain of missing out on a Logie, but this will go a long way towards it.”