"The Australian government is not just gagging the press, it is blindfolding the public," says Julian Assange as WikiLeaks publishes secret suppression order issued by Victorian court. 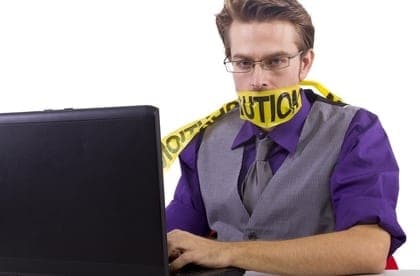 In an exclusive statement provided to Australia’s Fairfax Media, Julian Assange argued it was “completely egregious to block the public’s right to know and suppress the media in any instance”.

“Despite the legal implications, WikiLeaks publishes this suppression order, as it will others, to uphold our values of freedom of information and transparency of government – the Australian people have a right to know, we work to ensure this right for them, even when their government tries to obstruct it.”

The Guardian UK’s Robert Booth also reported on the case, unhindered by the terms of the order.

According to Booth, Mark Stephens, a leading media lawyer in London described the order as “an abuse of legal process”.

In a statement published with the leak, Assange said that this was the most serious Australian clampdown on information since 1995 and the biggest in Australian history.

“It is in the public interest for the press to be able to report on this case.”

* While AustralianTimes.co.uk is a UK based media organisation and so not subject to the order, we refrain from publishing the document’s contents in order to reduce the chances of legally compromising our readers who happen to be in Australia, in respect to social media sharing. We have also deleted certain parts of the WikiLeaks statement to avoid revealing the nature of the case in the same respect.