RAAF planes will commence support operations over Iraq on Wednesday in the fight against Islamic State, with a final decision to join strike operations immanent. 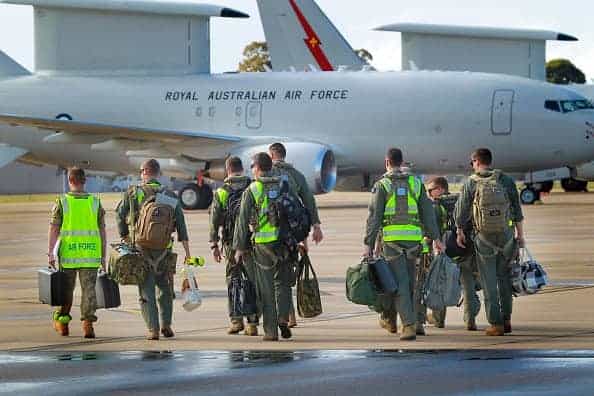 He said at this stage a KC-30 aerial refuelling aircraft and a Wedgetail surveillance plane would be supporting aircraft from other nations already involved in bombing missions.

Mr Abbott said that the go-ahead for Australian fighter aircraft to join the strike campaign against Isis had not yet been given. It is expected though that a green light will be in the coming days.

“We have not yet made the final decision to commit our forces to combat, but Australian aircraft from today will start flying over Iraq in support of allied operations. I stress, ours are support operations, not strike missions,” Mr Abbott told Parliament. “Australian air strikes await final clearances from the Iraqi government and a further decision by our own.”

Mr Abbott reiterated the need to confront Islamic State. “This apocalyptic death cult has declared war on the world and it must be resisted at home and abroad,” he said.

He added that the in the struggle against Isis, Australia’s and the world’s security are “indivisible.

“Australia can’t change the world but we can make a difference,” Mr Abbott said.