Australian model with Down Syndrome to appear at NYFW

Inspiring Australian model Madeline Stuart will be the second model with Down Syndrome to grace the catwalks of New York Fashion Week.

Madeline Stuart, an inspiring 18-year-old Australian model from Brisbane with Down syndrome, will be the second person with Down Syndrome to  walk in New York Fashion Week on 13 September.

“When we were asked to do New York Fashion Week, it didn’t surprise me,” said her mother, Rosanne Stuart, in an interview with Cosmopolitan. “I don’t think anything really surprises me anymore. She’s been asked to do a lot of stuff and I was hoping to she’d get asked to do NYFW but I assumed it would happen. I hope that doesn’t sound too pretentious.”

So inspiring! This model with Down syndrome will be walking at New York Fashion Week: pic.twitter.com/hXzGbzpp2I

According to her website Madeline plans to change the way people discriminate against disability through gaining attention through social media. Stuart will walk the runway in a Moda show in association with the Christopher Reeve Foundation. The Italian fashion label previously featured models with disabilities in its show at NYFW in February, just after Jamie Brewer became the first model with Down syndrome to walk down the runway at Carrie Hammer.

“We want to keep working for smaller companies, charitable companies or start-up companies so we can continue to help people,” said Madeline’s mother in an interview with Huffington Post about selected which brand to represent.

“We really believe in inclusion, so that means everyone as long as it is within our beliefs and morals.” 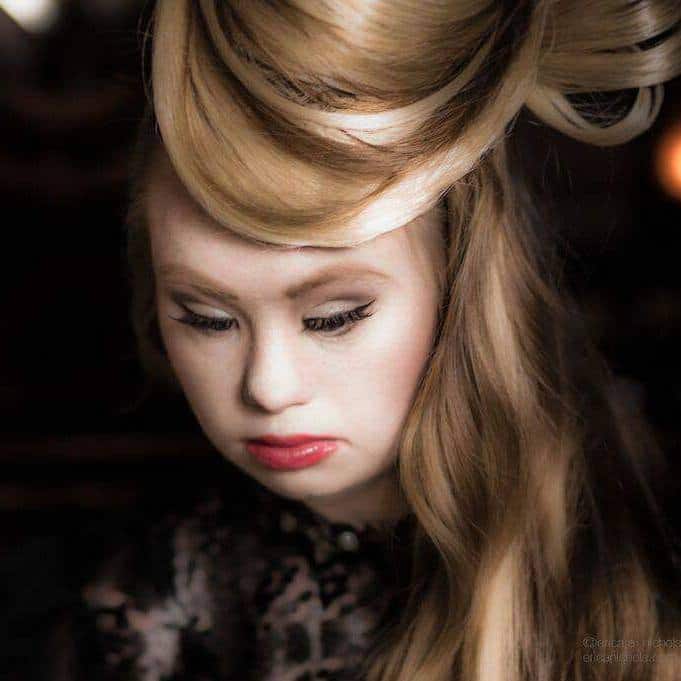