Home Affairs and Immigration Minister Peter Dutton has directed his department to explore whether South African farmers can be accepted into Australia through refugee, humanitarian or other visas.

by Tom Head
in News 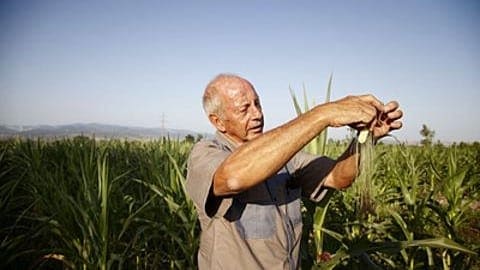 Peter Dutton, Australia’s Minister for Home Affairs and Minister for Immigration and Border Protection, was speaking to the media this week, saying that creating a fast-track visa for “persecuted” white South African farmers was up for consideration:

“If you look at the footage and read the stories, you hear the accounts, it’s a horrific circumstance they face. From what I have seen, they [white South African farmers] need help from a civilised country like ours.”

“We want people who want to come here, abide by our laws, integrate into our society, work hard, not lead a life on welfare. And I think these people deserve special attention and we’re certainly applying that special attention now.”

According to the Sydney Morning Herald, Dutton has directed the Home Affairs Department to explore whether the farmers can be accepted into Australia through refugee, humanitarian or other visas, including the in-country persecution visa category.

The minister’s comments prompted Australian media to report on farm murders in South Africa, something that Peter Dutton may use to his advantage in pursuing this legislation.

Should farmers get “refugee” status?

The fears over land expropriation without compensation have been developing since Parliament passed an ANC motion, allowing the party to go ahead and implement their redistribution plans.

The DA has staunchly expressed their opposition, claiming that a non-compensatory approach is bad news for the economy. They are against expropriation – which gives land to the state – and favour reform, which aims to focus on issues of restitution.

Dutton completed his address by saying he was “confident” Australia could agree on a deal with the South African government.