Australian earthquake of 5.3 rating felt from Brisbane to Sunshine Coast

Geoscience Australia confirmed a magnitude 5.3 quake occurred in the Coral Sea, off Hervey Bay,  at 9.41am on Thursday, 30 July.  The quake  took place at a depth of 35km.

The Bureau of Meteorology shortly afterwards confirmed that the quake had posed no tsunami threat.

Geoscience Australia, in a statement, confirmed that reports were received from people 228km from the epicenter who had felt the effects of the tremors resulting from the quake.

Posts on social media claimed that people had felt tremors that shook their houses in Brisbane, the Sunshine Coast, Wide Bay and Gold Coast hinterland.

There are some reports buildings in Bundaberg have been evacuated.

Radio talkback callers reported experiencing tremors from Bundaberg down to the Gold Coast.

“All of a sudden the whole place was shaking,” said Laine from Hervey Bay in a radio interview with ABC.

“The ground was shaking. It was quite unbelievable. It went on for about 10 to 15 seconds.”

Other south-east Queenslanders reported they felt tremors from between five and 15 seconds.

“All the plates and things on the racks were rattling, I looked out the kitchen window and I could see the swimming pool water was rippling,” said Nick, from Sunrise beach, near Noosa, to ABC radio after he had heard a low rumbling in his kitchen.

Definitely just experienced an #earthquake in the Sunshine Coast…that’s a first nearly thought I was still in #Bali — Josh Crichton (@joshycii) July 29, 2015

That was no earthquake. That was Queensland trying to make the moral and cultural jump from the 80s to the present day. 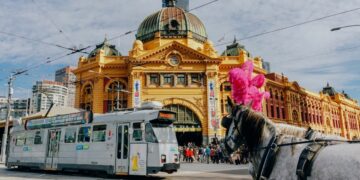 While last year’s Melbourne Cup gave us some thrilling horse racing entertainment, the lack of crowd meant that the festival...