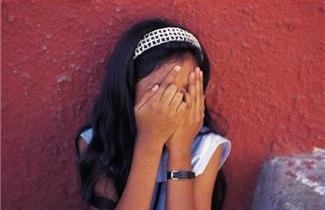 AUSTRALIAN parents could find themselves facing punishment for smacking their children, under laws proposed by a leading group of doctors.

The Royal Australasian College of Physicians is pushing for the introduction of legislation that would protect children from physical discipline.

RACP Associate Professor Susan Moloney believes the legal right of a parent to use “reasonable” force is at odds with other legislation that aims to protect children, including a ban on smoking in cars in which a child is a passenger.

“A child, the most vulnerable and dependent member of our society, is still the only person in Australia whom it is legal to hit,” she said.

NSW Premier Barry O’Farrell has hit back at the suggestion, claiming it would problematic to enforce.

“Parenting is difficult enough now without people proposing laws that would be impossible to police, and it wouldn’t take it any further,” he said.

“I think most parents do it bloody well, and we shouldn’t be trying to make it any more difficult for them.”

Legislation outlawing smacking has been effective in 33 countries, according to Professor Kim Oates from the University of Sydney.

“Nobody is going to catch someone for a light hit of a child but parents will learn that that’s not the most effective method,” he said.

“There are many cases where discipline has got out of hand… Children have been killed by parents and suffered many broken arms and black eyes and severe bruising.”

“If we can get rid of that it will go a long way towards protecting children.”

The RACP highlighted research showing the risks of harmful effects on children of physical punishment, including depression, anxiety, and aggressive or antisocial behaviour.

“Hitting children is not doing anything for them and we would like parents to understand more effective ways to discipline their children,” said Prof Oates.

Since the introduction of similar laws in New Zealand in 2007, eight people have been prosecuted for smacking their kids.