Australia on the warpath about Japan’s whaling plans 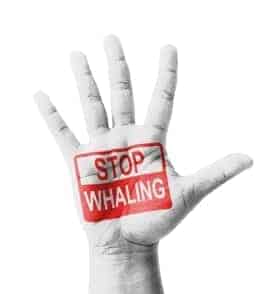 With indications that Japan will resume their annual whale hunt, environment minister for Australia, Greg Hunt has appealed to Abe to reconsider his decision and respect international rulings on the issue.

In March this year the International Court of Justice had ordered Japan to withdraw hunting activities from the Arctic after the court found that the hunt was not for scientific purposes as argued by Japan.

While it remains unclear what Mr Abe’s eventual decision will be in terms of resuming the whale hunt there have been indications that it is being considered after a recent  comment to a parliamentary committee that he would in fact  be pushing for the return to commercial whaling.

Although Japan is one of the signatories of the 1986 moratorium on whale hunting they have regardless continued whale hunting under the premise that it is for scientific purposes.

Australia condemns any form of whale hunting and brought their case against Japan to the International Court of Justice.

The judgment was delivered on 31 March 2014 during a public sitting at the Peace Palace, The Hague, where president of International Court Judge Tomka, read the court’s judgment.

The ruling stated: “The court found that the grant of permits under JARPA II, the Japanese whaling program in the Southern Ocean, could not be justified as being for the purposes of scientific research under Article VIII.”

“The court ordered Japan to revoke any extant authorisation, permit or licence granted in relation to JARPA II, and refrain from granting any further permits under that program.”