Google trends show us who are interested in Australia and what makes them most curious about the land Down Under. 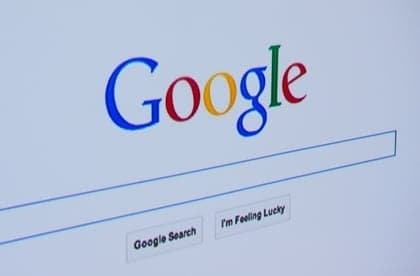 A new report shows which countries are most likely to Google Australia and, based on Google trends, reveals what search terms are being used with the word ‘Australia’.

The report compiled by Fairfax Media looked at internet search terms relating to Australia from the three biggest contributors to the Australian tourism industry the USA, New Zealand and the UK over the past decade.

In 20o4 Australia had a year packed with news of international interest.  Australian Jennifer Hawkins was crowned Miss Universe and Mary Donaldson married into the Danish royal family. Bad news also generated much international interest during the aftermath of the Queensland floods in 2011 – which was the most searched for news event relating to Australia.

While the world famous Australian footwear Ugg boots remained a popular search term with Britons and Americans in 2014, the report shows that New Zealanders are more interested in Australian job opportunities than Australian boots and have a penchant for Aussie reality TV shows..

Of the three countries New Zealanders were most interested in Australia followed by the UK, specifically Londoners, and then Americans in New York, Honolulu and Hawaii seemed to want to find out more about the land Down Under.

According to the Fairfax Media report, British citizens are mostly searching the Internet for ‘flights to Australia’. The second most popular search term for the Brits; ‘Australian jobs’ and then ‘Ugg boots’ – which has seen a 500% increase in Internet based interest in the past ten years!

Brits also seem keen to stay in the know about Australian news and the search term ‘Australian news’ has seen a 120% increase in Google frequency since 2004. Supporting this find, traffic on AustralianTimes.co.uk has experienced a 10-fold increase in traffic just in the last 5 years.

More trivially, Britons were also keen to find out what happened on MasterChef Australia and the soap opera Neighbours, both of which screen in the UK.

American Googlers were most curious about Ugg boots and seemed to want to learn more about Sydney than Melbourne.

The recent football World Cup encounter between Australia and the Netherlands also drew a lot of attention from both the Americans and Britons.

Interestingly, the Kiwis loved Googling Channel Ten’s The Bachelor with a massive 2950% increase in searches!

SARS-CoV-2 – the virus that causes COVID-19 – belongs to the family of betacoronaviruses that cause everything from the common...

‘I made a big mistake’ says man who went to a ‘coronavirus party’ because he believed the pandemic to be...

Women manage many overlapping responsibilities in both public and private spheres. Their busy routines leave them with just a little...

Aussies love Fiji so much that they account for 42% of all visitors to the islands. Now they’re staying home...