Australia is running out of Australians

According to new statistics there are more Australians leaving Australia compared to overseas visitors arriving. 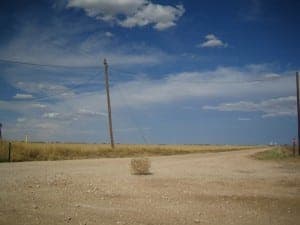 DURING September the departure lounge at any Australian airport was packed. The arrivals gate: tumbleweeds.

The in-balance of Australians going abroad compared with overseas visitors arriving is widening.

According to figures from the Australian Bureau of Statistics the number of arrivals rose by 5,200 to 547,400 in September.

As a result, the gap between them widened by 2,000, with departures now outnumbering arrivals by 195,700.

This is about the widest the gap has ever been, with the exception of the Olympics driven increase in arrivals, which witnessed a gap of 164,000 in September 2000.

So why are so many Australians bidding farewell to the motherland?

The rise of the Australian dollar has a lot to do with it. To put it simply, when it’s up they leave, when it’s down they stay.

After a strong rise in March, growth in resident departures slowed, finally coming to halt in August after the Australian dollar’s 15 per cent fall between April and July.

The Australian dollar’s subsequent bounce has restored much of the appeal of foreign travel. The renewed rise in September is consistent with that.

It’s a bit harder to disentangle underlying trends in the arrivals figures from a sudden surge in June, as Rugby fans from the UK flocked to Australia to watch their team, the British and Irish Lions, humble the Wallabies.

But the 4.1 per cent rise in overseas arrivals between April and August, compared with a 2.4 per cent rise in resident departures over the same period, suggests the lower exchange rate was starting to work to redress the imbalance.

There’s more to the economy than tourism, of course.

But it will be a vital part of the economy’s ‘rebalancing’ as the mining investment boom fades and other sources of growth take over.

The economy needs more visitors, fewer departures, or both.