Australia in grip of an ice drug ‘pandemic’

Australia has an emerging problem with the drug ice, which is being compared by authorities to the devastation caused in US cities by crack cocaine. 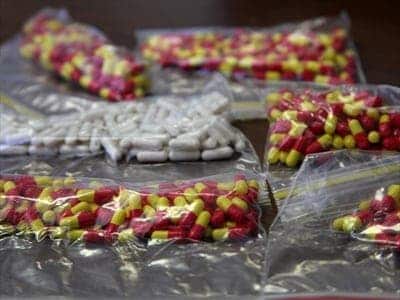 Australia is in the grip of an ice “pandemic” akin to problems caused by crack cocaine in the US, the head of the Australian Crime Commission says.

ACC CEO Chris Dawson said amphetamine-type stimulant drugs including ice were being seized in record quantities by border authorities and they were having a major impact nationwide.

“It’s akin to the cocaine crack problem in the USA and we’re seeing the prevalence of ice and methylamphetamine as a major scourge in our nation.

“We also know that it is not confined to our cities – it is permeating across our country.”

He said the rising detection of this class of illicit drugs was particularly concerning, as they were highly addictive and triggered extreme and violent behaviour in users.

Their use was a driving factor in family assaults and homicides, and violent burglaries, across the country, he said.

The commission’s latest illicit drug data report shows there were almost 87,000 drug seizures by border authorities during 2012/13 – the highest on record – netting a total 19.6 tonnes of illicit drugs across all classes.

Seizures of amphetamine-type stimulants – which includes ice – and the total amount seized were the highest on record.