Following an online furore where Aldi were accused of racism, the supermarket chain has apologised and removed the “Australia Est 1788” T-shirt range from stores. 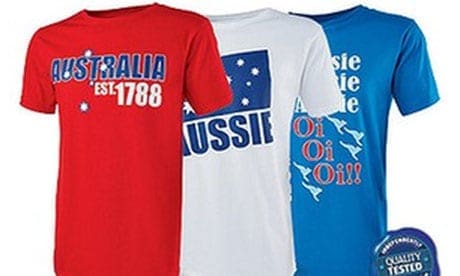 THE discount supermarket chain Aldi has pulled a t-shirt and singlet from its Australia Day range after the designs were labelled racist.

T-shirts with “Australia Est 1788” logos printed on the front were due to go sale this week ahead of Australia Day celebrations on 26th January.

However Aldi has since recalled the t-shirts from their stores after critics on social media labelled the designs racist for seeming to say Australia was only established after it was colonised in 1788, despite the existence of an indigenous population before then.

Another user suggested the “est” should be changed to “invaded”.

In a statement, Aldi Australia said: “The decision to remove the Australia Est 1788 design from the range was taken following comments by a limited number of concerned customers.

“Aldi Australia wants its customers to know it puts the community and their wishes first.”

The supermarket chain also addressed the issue on twitter, saying “We apologise for any offence taken in regards to our Australia Day T-shirts.”

But Aldi’s announcement has angered some people who did not believe the T-shirt was offensive.

One Twitter user posted: “T shirts sold by Aldi racist? Has the world gone mad? No longer can we be proud to be Aussies Australia is slowly becoming a nanny nation.”

And another user said: “If you think Aldi’s “Est. 1788” shirt was “racist”, don’t you dare celebrate Australia Day.”