Australia ranked third overall in a survey into G20 child prosperity trailing behind Germany and France. But economists at Save Our Children say it is not good enough. 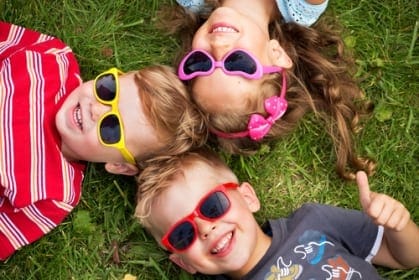 Australia is ranked third for child prosperity behind Germany and France but economists say all things considered, we should be occupying a better position on the list.

Save Our Children’s Melissa Wells, who authored a report on the issue ahead of G20 meetings currently being held in Australia, told The Guardian, “Australia’s uninterrupted two-decade run of economic growth has failed to deliver good enough outcomes for the nation’s children.

Basing their ranking on eight factors contributing to child prosperity, the international children’s charity, Save the Children, ranked G20 countries ahead of the G20 finance ministers’ meeting held in Cairns at the weekend.

Factors considered in the assessment included: the number of years a child is schooled, traffic deaths, gender inequality and youth unemployment.

Ms Wells said Australia’s result was “reasonable”, but “we would expect to do better.

She added that, “Despite 23 years of economic growth we’ve failed to place first when it comes to our children’s wellbeing, and this needs to change.

Australia trailed behind Germany and France in the rankings. Both countries performed better than Australia despite having a lower per capita gross domestic product, said the report. “This showed that pursuing GDP growth for its own sake “is really not enough, especially for children, Wells said.

“GDP is certainly important and we do recognise that growing incomes are important. But it’s not just the size of the growth, or the size of the pie that matters. It’s what you do with the economic growth.

Australia ranked in fifth position when it came to the accessibility and quality of child health, third for education and fourth for safety.

Australia placed fifth for gender inequality there was some serious improvement over the last survey of 9 years ago when Australia scored 20% less than it did in the new survey.

Australia’s worst score, doing the most damage to the country’s overall ranking, was in the environmental category, being placed at 14th position. This category measured air pollution, carbon emissions and protected habitats.

India, with the lowest GDP of the G20 nations, ranked last overall. The United States ranked ninth for child wellbeing, despite having the highest GDP.