I can look people in eye after budget: Abbott

Tony Abbott says that when it comes to fixing the federal budget, everyone has to chip in and do their bit. 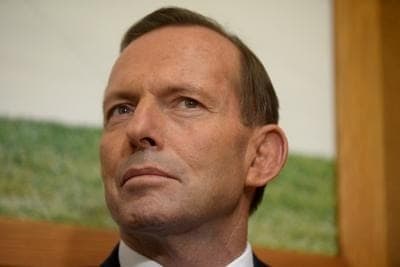 Prime Minister Tony Abbott plans to be able to look Australians in the eye after budget day and declare “we are all in this together” when it comes to fixing the economy.

Mr Abbott on Wednesday refused to say if the government would stick with its unpopular deficit levy.

However, he said it was never going to be easy to tackle the “debt and deficit disaster” left by the previous Labor government.

The government is facing a backlash – both from the public and within the coalition – over a likely debt levy on higher income earners.

By considering the levy Mr Abbott has been accused of breaching an election commitment to not increase taxes.

Mr Abbott said next Tuesday’s budget would be “fair” for all Australians, and would fulfill an election pledge to bring the budget “back under control”.

“I’m going to be able to look people in the eye on Tuesday night and on Wednesday morning and beyond and say we are all in this together, we are all doing our bit, we are all playing our part in the fiscal repair job that Australia needs,” he told reporters in Canberra.

If all Australians chip in, “we can chip away at the disastrous inheritance that the former government left”, the prime minister said.