Three Australian veterans of the war in Afghanistan stood together in London on Monday to remember the war dead at a solemn Hyde Park service. 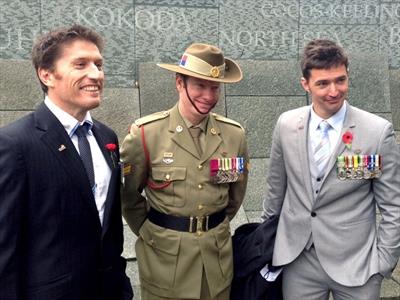 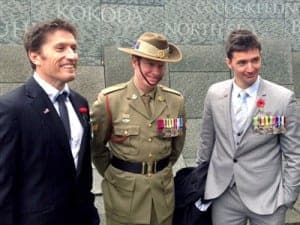 WOUNDED Australian soldiers Heath Jamieson and Seamus Donaghue will soon be skiing towards the south pole, but on Monday they stood still in London with thousands of others to remember the war dead.

The pair, about to embark on an epic charity trek with Prince Harry, joined recent Victoria Cross recipient Daniel Keighran at the Australian war memorial in Hyde Park.

Corporal Keighran – who last week met the Queen – read the Remembrance Day service ode before a crowd of 100 including High Commissioner Mike Rann.

After, he had a quiet chat with fellow Afghanistan veterans Private Jamieson and Corporal Donaghue reflecting on the lives lost in Europe 100 years ago.

But Pte Jamieson, 35, and Cpl Donaghue, 30, will soon be focused solely on supporting survivors of war.

After an official farewell function with Prince Harry on Thursday they’ll fly to Cape Town and on to Antarctica before trekking 335km to the south pole to raise funds for wounded soldiers.

Sick of COVID-19? Here’s why you might have pandemic fatigue

In two political battlegrounds, thousands of mail-in ballots are on the verge of being rejected

Neither had skied before they started training for the three-week adventure 12 months ago.

They’ll race as part of a mixed Australia-Canadian team against soldiers representing Britain and the United States.

The cross-country contest will be for bragging rights only – which is just as well given their comparative lack of snow skills.

“It’s not like we’ll be fighting tooth-and-nail to get down there first,” Pte Jamieson told AAP.

“We did a bit of training in Norway about a month ago and the Norwegians paid us out for our (poor) skiing ability.”

Cpl Donaghue agrees that despite intensive training in Iceland and Norway the Australians are not experts.

“We are amateur-level skiers,” he told AAP.

“But once we get down there it will just be a matter of bonding together as a team and cracking on and getting it done.”

Acts of remembrance took place across England on Monday to mark the moment the Great War armistice came into effect in 1918.

Heathrow, the world’s busiest international passenger airport, came to a standstill, with travellers pausing in silence in the terminals.