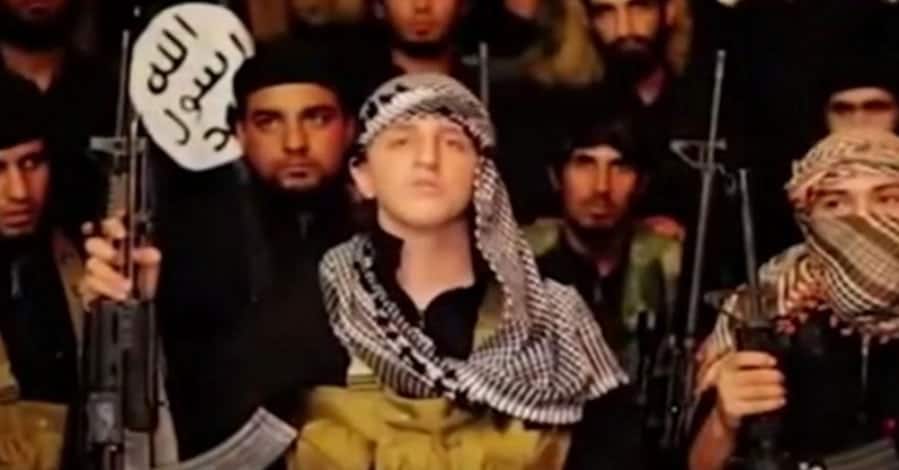 An Australian boy has appeared in a new Islamic State (Isis/Isil) propaganda video, promising to fly the organisation’s ‘black flag’ over Buckingham Palace and the White House.

In the video, the 17-year-old Australian, calling himself Abu Khaled, addresses Prime Minister Tony Abbott and US President Barack Obama, warning that the militant Isis organisation will fight until they take over the world.

The boy is believed to be Abdullah Elmir from Bankstown in Sydney, who went missing in June.

The boy, who some media have dubbed the ‘Ginger Jihadist’, taunts the US and its allies, claiming God is on Isis’s side.

“Bring your planes bring everything you want to use because it will not harm us because we have Allah which is something you do not have.”

It cannot be confirmed whether or not the boy was speaking under duress.

Abdullah Elmir’s family say they have not seen him since June, after he told them he was leaving to go fishing.

It is understood Elmir travelled to Turkey with another Australian boy, aged 16, before crossing into Syria to join Islamic State, according to the ABC.

An unnamed family member told the Daily Telegraph they fear Elmir has been “brainwashed” and is a “stupid idiot”.

“I don’t know what these kids get into,” the relative said.

“They don’t know how to fight … they should be getting an education and building this country up.”

It is believed the 16-year-old companion has since been returned to Australia by his father.

“Isis is a threat that reaches out to Australia and our allies and partners,” he said.