Aussie teams remain in the hunt for Super Rugby final

Bookmaker lines on who will win the Super Rugby Grand final make pretty grim reading for anyone connected with Australian rugby. 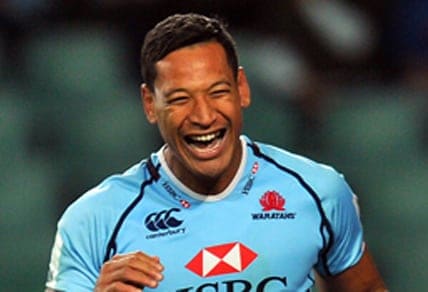 The odds show that the Crusaders and 9/4 favourites, followed by the Hurricanes at 11/4, the Lions at 4/1, the Chiefs at 5/1 and the Highlanders at 8/1. This elite group is expected to battle it out for the chance to contest the Grand Final, and nobody is giving the Australian teams much of a chance. Pinnacle Sports has odds for Super Rugby and has made the Brumbies five-point underdogs in their next game, which is against the Jaguares, who are 150/1 to win the Grand Final. The Waratahs are huge underdogs in their next game, where the handicap line has been set at 16.5 points, against the Highlanders. It is illustrative of the dire state of Australian club rugby and a worrying trend.

Confidence has arguably been a problem for Australian teams heading over to New Zealand. For Australian teams to go 0-18 over there is very worrying indeed. “You’ve got to be confident in going over there and that’s what we’re thinking about,” said Israel Folau, fullback for the Waratahs. “It’s not rocket science. Every team’s going over to really get the win but that’s not the motivation. The guys have got to get the result out of their heads and just go and play rugby.

But despite his confidence, it seems only a huge upset will end the winless run. New Zealand teams are on course to finish the season 25-0 against their Australian counterparts. Uncertainty over which team will be cut from the format for next season may be damaging their chances of success, but their woes are not solely confined to New Zealand-based opposition. Australian teams have won just three out of 31 games against overseas opposition this season.

Ultimately, Australian teams have to start thinking like winners again. As soon as the games have started to go against them, shoulders have slumped and heads have dropped. They need to become tougher and more resilient, and retain the belief that they can claw their way back into games. Positive thinking and a battling spirit will help build up their confidence levels and get back into contention in the big games. Check out 22bet on Australia.

Despite Australian teams’ woes, the national team is still third favourite for the 2019 World Cup, behind only New Zealand and England. They have secured a fantastic draw, ending up in a group with Georgia, an Oceana team and an Americas qualifier, so they have an easy route to the knockout stages. But it is also a reflection of the strength of the team itself. There exists a deep pool of talent in Australian rugby, and that needs to be translated into club form from the the Brumbies, the Waratahs and the rest.

A lot of good players are overseas, but there is still enough talent. Man management to instil the aforementioned confidence needs to be improved upon, but so does the coaching. We are a long way from the golden era of 1998 to 2004, in which the Wallabies were crowned world champions, and that is because rivals have moved on and evolved and Australians have not rolled with the times. Attacking from turnover ball and counter-attack need to come to the fore, and player conditioning could be improved. Instead of trying to play catch up with the New Zealanders, Australia needs to start trailblazing again, evolving, modernising and taking the game in a new direction, as it did back in the late 1990s and early 2000s.