A number of Australians are preparing to take part in the Clipper Round the World Yacht Race in September, with London today announced as the host city for the start and finish of the 2013-14 race. 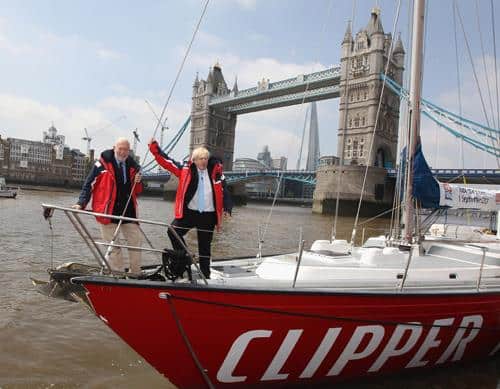 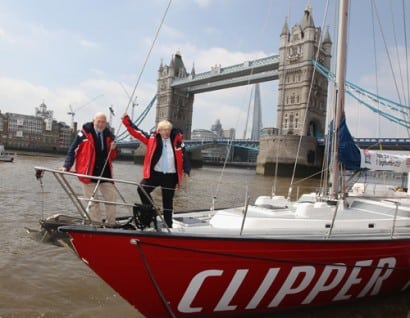 LONDON was today announced as the host city of the start and finish of the 2013-14 Clipper Round the World Yacht race.

The race, which covers 40,000 miles and visits 14 ports on six continents, will leave the capital on 1 September from St Katharine Docks in front of Tower Bridge and return July 2014.

The Mayor of London, Boris Johnson, said it was a great honour for London to host the major sporting event.

“Those who take part are an inspiration to us all and exhibit the very best of the human spirit,” he said.

The Clipper Race was founded in 1996 by Sir Robin Knox-Johnston, who in 1968-69 became the first person to sail solo non-stop around the world.

The race offers amateurs from all walks of life the opportunity to experience the thrill of ocean racing. This year up to 650 individuals from more than 40 nations are set to take part.

“Our crew come from all walks of life, are aged from 18 into their early seventies, and over a third are women,” said founder Knox-Johnston.

Crew members can sign up for the whole circumnavigation, or one or more of eight legs, on brand new third generation Clipper 70 ocean racing yachts.

The twelve-strong fleet are skippered by professional sailors, which this year includes two Australians.

Sydney-based Chris Hollis is leading one of the twelve international teams around the world.

“I’m extremely passionate about it and love being on the water the in general and getting other people excited about sailing.”

For Australian yachtsman Damian Parnham, it is the team-building aspect of the Clipper Race which attracts him.

“The concept of building the team is the big challenge. I love to push myself, to dream big and lapping the planet on a fast yacht, sailing Everest, is a dream.”

The Clipper Race fleet is expected to start arriving at St Katharine Docks from 24 August.