Aussie restaurant to pop-up at Australia House in London

Londoners will have a chance to sample the cuisine of caterer Jackson Gilmour when they open their pop-up restaurant at Australia House in London to launch the ‘Restaurant Australia’ campaign promoting Aussie food and drink to the UK. 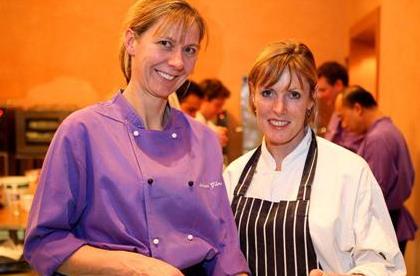 Australia House in London will be home to an Aussie themed pop-up restaurant promoting Oz cuisine.

From 22-27 September, the initiative by Tourism Australia is in partnership with caterers Jackson Gilmour.

The restaurant will run for six nights and is said to offer a pop-up restaurant experiencing targeting affluent long-haul travellers in the British capital. A different chef will work with Jackson Gilmour to produce a new menu each night.

“Jackson Gilmour come to us highly recommended by many of the staff here at Australia House who have worked with Joyce and her team before. Jackson Gilmour also received high praise from many of the high-profile celebrity chefs who have combined forces with them over the years,” said Emma Humphreys, regional public relations manager at Tourism Australia.

She added that, “Creating six unique restaurant experiences on consecutive days of a week at this venue is a logistical challenge so we are delighted to be in such safe hands with our catering partner.”

Tickets to the event will cost £100 per person, with 150 places available each night. Guests are set to be surprised with appearances from Australian celebrities and the chance to win a business-class holiday to the country for two people each night.