"‘Stop and think – if every mother posted all that cr*p about their kid – I’m sure you’d get over it pretty quickly." 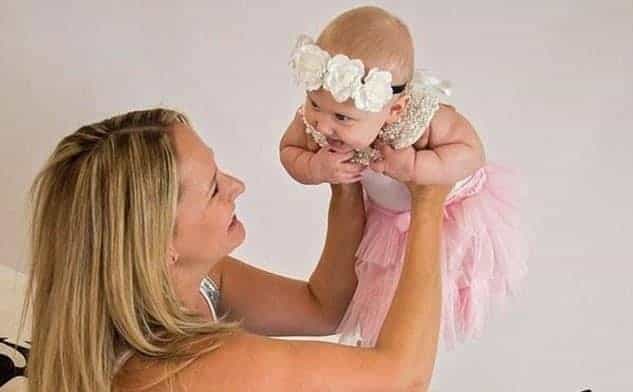 A group of friends, irritated by their mate’s incessant baby updates on Facebook, sent an anonymous letter to the proud mother, asking her to give everyone a break from her “running commentary” about her six-month-old daughter.

33-year-old Jade Ruthven of Perth, Western Australia, was surprised and upset by the cruel note in her postbox from “a few of the girls”.

The letter gets straight to the point:

“Jade, I have got together with a few of the girls and we are all SO OVER your running commentary on your life and every single thing Addy does,” the letter reads.

Jade sent the letter to comedian Em Rusciano, who posted it on her Facebook page. 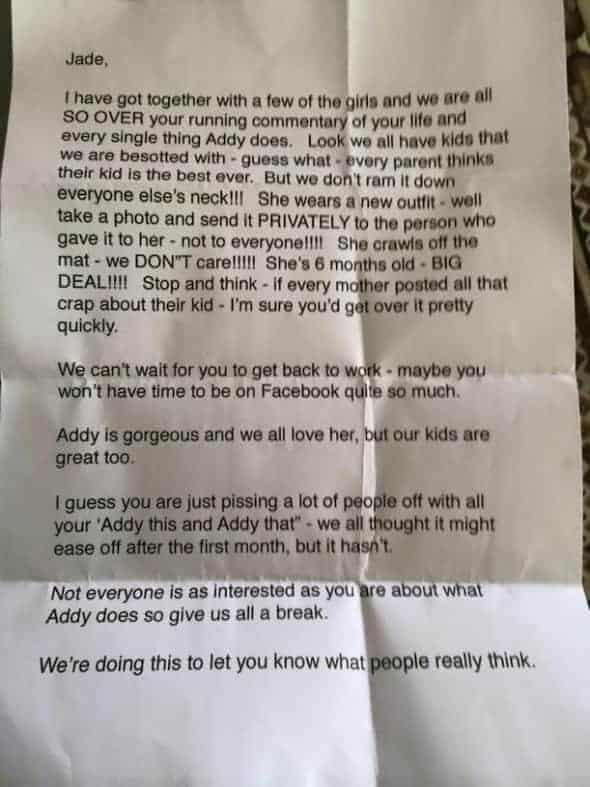 Jade still has no idea who wrote the letter.

“At first I was in shock and thought this letter must be a joke,” she told Daily Mail Australia.

“I was shaking with anger and shock to think a so-called friend of mine could be so heartless and gutless to not even sign their name.

‘To be honest I have no idea why anyone would do this to me. I don’t think I have had an enemy in my whole life.”

Jade and her husband Ryan, who was just as angry as she was, decided to rise above it.

“Lucky for me I am a strong, healthy person. Being a first time mum is hard enough to get your head around but for someone who was feeling alone or who was struggling with the challenges of motherhood this could have had terrible consequences.”

Jade would like the author(s) to know that their letter has not brought her down, nor has it affected her Facebook activity. In fact, she has vowed to continue posting even more pics of Addy.

“In fact my friends and I started a hashtag, #Addyspam and posted pics of Addy on Facebook all night long!”