Even if it probably won't make it to the barbie, the Poms seem to know that if you want good quality meat you need to look out for the Australian flag on the packaging of your cut of beef. 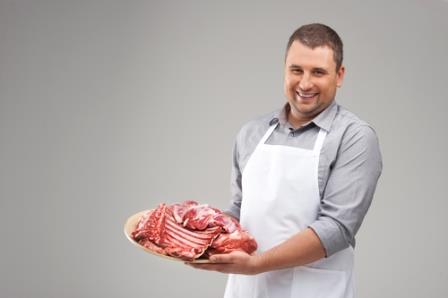 Australian meat products have gained in popularity with British butchers and their customers.

It seems the Brits know a good thing when they taste it, with wholesalers describing Aussie beef as top grade’.

The Australian flag is flying high in the refrigerated display cases of many top-end British butcheries and the reason salesman Rob Penfold says is, “Once people have had it they always come back.

“I don’t think we’ve had a bad bit of Aussie meat ever.

Aussie beef  to the value of AU$142 million is exported to the UK every year and while this represents only a small portion of the market interest and British loyalty to Australian beef is growing.

Penfold said the 50 tonnes of Australian beef imported by the company he works for is mostly sought after by exclusive butcheries and upmarket catering companies.  He added that while only two companies were selling Australian beef in Britain thirty years ago at least 7 more have joined in the trade of the sought after steaks.

“I don’t think we’ve had a bad bit of Aussie meat ever. It’s reliably consistent and Australia is top grade. That’s what sells, said Tim Hixon, a beef wholesaler who imports his products from NSW and Queensland.

“Australia has a far superior product in terms of value compared to the homegrown product.

“It doesn’t need to be sold, it sells itself, Mr Hixon said.

But James Wilde, head of communications at EBLEX, the organisation representing the English beef and sheep industry, said, “The main driver for UK consumers to buy any meat product remains price â€” so if the imported product is available at competitive prices, people have no problem buying it.