Wikileaks founder Julian Assange today claimed that NSA whistleblower Edward Snowden had contacted the Assange legal team and that he was “healthy and safe” despite not showing up for the flight that he was expected to take to Cuba earlier today. 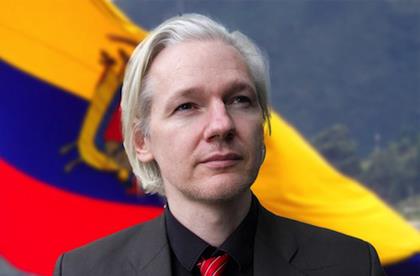 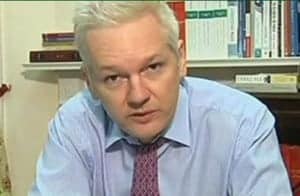 Wikileaks founder Julian Assange today claimed that NSA whistleblower Edward Snowden had contacted the Assange legal team and that he was “healthy and safe” despite not showing up for the flight that he was expected to take to Cuba earlier today.

Mr Snowden is attempting to claim asylum in Ecuador after leaking classified intelligence relating the United States government’s use of the PRISM surveillance program, which allows government agencies to monitor an individual’s communication for up to a week without obtaining a warrant. He has been charged with several offences under the American Espionage Act.

Mr Snowden initially sought refuge in Hong Kong, however is believed to have negotiated a more permanent arrangement with the Ecuadorean government under the supervision of Mr Assange’s lawyers. The Wikileaks founder was also granted asylum by Ecuador as a result of leaking classified intelligence online, and has been a resident of the Ecuadorean embassy in London for the past year.

In a conference call held earlier today, Mr Assange said that his advisers had assisted Mr Snowden in his attempts to evade prosecution and a member of the Wikileaks organisation had travelled with him from Hong Kong to Moscow yesterday. Mr Assange said that, while he could not reveal Mr Snowden’s current location, he could confirm that he was still in the company of Wikileaks adviser Sarah Harrison.

Mr Assange said: “We are aware of where Edward Snowden is. He is in a safe place and his spirits are high. Due to the bellicose threats coming from the US administration we cannot go into further detail at this time.  Edward Snowden is not a traitor. He is not a spy. He is a whistleblower who has told the public an important truth … In law a traitor must adhere to US enemies and there is also a requirement that the conduct is in congressionally approved wartime – neither of these apply here.”

Mr Assange said that Mr Snowden may have applied for asylum in other countries, with Wikileaks press spokesperson Kristinn Hrafnsson confirming that he had approached the Icelandic government with a formal request for asylum on Mr Snowden’s behalf. Mr Assange said that the Ecuadorean government had provided Mr Snowden with a refugee document of passage, which allowed him to travel despite having had his passport revoked by the American government.

Mr Assange said: “It is the right of citizenship should not be revocable under the UN conventions to which the US is a party. Citizens must have free movement to enter and leave their country. No one wants travelling overseas under difficult conditions to effectively have their citizenship be revoked by the removing of the most important instrument: a passport. that unilateral action without any due process against Mr Snowden is another example of a secret process in the US.”

The Wikileaks founder admitted having a “personal sympathy” for Mr Snowden, however asserted that the Wikileaks organisation existed to defend any whistleblower that had been mistreated by their government. He said that Mr Snowden had not expressed remorse about leaking classified information to the press, claiming that he had made the right decision to go public with the information in order to avoid incapacitation or kidnapping by the American government.

Mr Assange said: “Mr Snowden found himself in a grave situation. He should not have been placed in that situation by the US government. He should have felt that the US legal system would protect his rights. However, his assessment that it would not is, as far as we’re concerned, correct. Wikileaks has over six years of experience in dealing with threats to publishing and whistleblowers … and a situation directly analogous to the one Mr Snowden found himself in.”

A White House petition to pardon Mr Snowden for leaking information about PRISM has attracted over 100 000 signatories, which is the amount required to demand an official reply from the Obama Administration. The petition cites Mr Snowden as a “national hero” that should be issued a “full, free and absolute pardon.”