Julian Assange used the second anniversary of his entering the Ecuador's embassy in London to attack both the US and Australian governments. 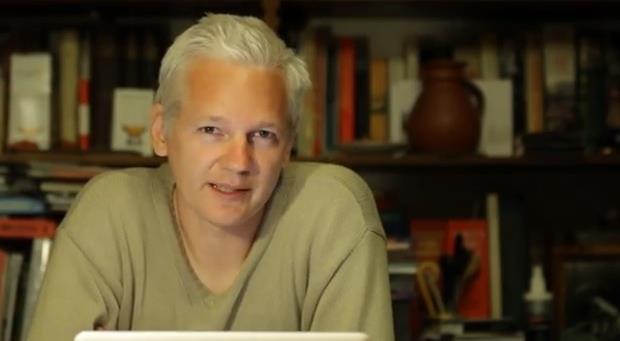 WikiLeaks founder Julian Assange, who has now spent two years inside the Ecuadorean embassy in London, hopes a fresh legal challenge will allow him to leave sooner rather than later.

Thursday marks the second anniversary of Assange entering the diplomatic mission to seek political asylum, which he was granted in mid-August 2012.

WikiLeaks legal adviser Jen Robinson used the anniversary to announce a new bid to get Sweden to drop its four-year investigation into allegations of sexual assault against Assange.

Next Tuesday lawyers in Stockholm will file a challenge to a Swedish detention order “on the basis that new information has been received about the case”, Ms Robinson told reporters during a phone conference.

She noted that since the UK courts agreed to extradite Assange the British law had changed “to prevent people being extradited without charge”.

Assange fears if he goes to Sweden he’ll be extradited to the United States and charged over WikiLeaks’ release of classified documents.

The 42-year-old says even if the Swedish warrant was dismissed he still risks being extradited from Britain to the US.

“However, the removal of the Swedish matter will prevent what has been an extremely distracting political attack, which has been to try and draw attention away from what is the largest ever criminal investigation by the (US) Department of Justice into a publisher, and into me, personally,” Assange said on Wednesday.

Removing Sweden from the equation would make it easier to find out if the British government supported his extradition to the US, the former computer hacker said.

This time last year Assange launched a blistering attack on the Gillard government in Australia saying it “bent over more than any other country in the world” to appease the US.

Twelve months on, he says the election of the conservative Abbott government “produced no change in the situation”.

“Sadly it is the state of the Australian government … that both sides of politics have been extremely close to the United States,” he said.

Assange savaged US Attorney-General Eric Holder on Wednesday over the criminal investigation into WikiLeaks.

“I call on Eric Holder today to immediately drop the on-going national security investigation against Wikileaks or resign.”

WikiLeaks says more than 30 groups are writing to Holder demanding he close the grand jury investigation.

The UK has spent more than STG6 million ($A11 million) on policing the Ecuadorean embassy in London.

Assange said of greater concern was the fact police collected information on everyone who visited him.

“As an investigative journalist dealing with sensitive documents and with staff under threat, that creates difficulties,” he said.

Asked if he feared he was stuck, the 42-year-old said: “As most people who are involved in a serious process and who are also pulled into public life know, it is a pleasurable dream to be outside of ongoing public concern and instead to be able to do your work unmolested.”

Ecuadorean President Rafael Correa this week said Assange could stay in the embassy “for as long as he needs”.

The president said it was up to Britain and Sweden to reach an agreement.

IMAGE: Julian Assange speaking from the Ecuadorean Embassy in London in 2013