Former PM John Howard isn’t sure Julian Assange has committed a crime, but rates him as “an attention seeker of the worst kind”. 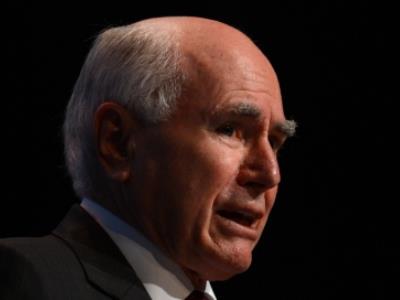 But he’s not sure if the WikiLeaks founder has committed a crime.

Assange has been granted political asylum by Ecuador, but won’t leave that country’s embassy in London for fear of being arrested and extradited to Sweden over sexual assault allegations.

The former hacker is worried he’ll then be handed over to the US to face charges over WikiLeaks’ release of classified documents.

Mr Howard says while Assange is no hero, it’s not clear whether he’s guilty of a crime.

“He’s just an attention seeker of the worst kind,” Mr Howard told a diplomatic forum in Canberra on Thursday.

“But I’m still struggling to see what crime he’s committed.”

Former Labor cabinet minister Gareth Evans praised WikiLeaks for publishing classified footage of a US airstrike from an Apache helicopter on 2007 that killed at least 18 people, including two Reuters journalists.

“That was a classic cover up situation which was covered and that deserves our applause,” he told the forum.

But he criticised WikiLeaks for showing “indifference” to the implications of its releases on security and intelligence operations.

“That made it, at the end of the day in Wikileaks’ case, more of an ego trip rather than a serious minded contribution to international public policy,” Professor Evans said. – AAP