James Shipton, chairman of the Australian Securities and Investments Commission, has stood aside after an adverse Audit Office report about $118,557 paid by ASIC on his behalf when he relocated from the US. 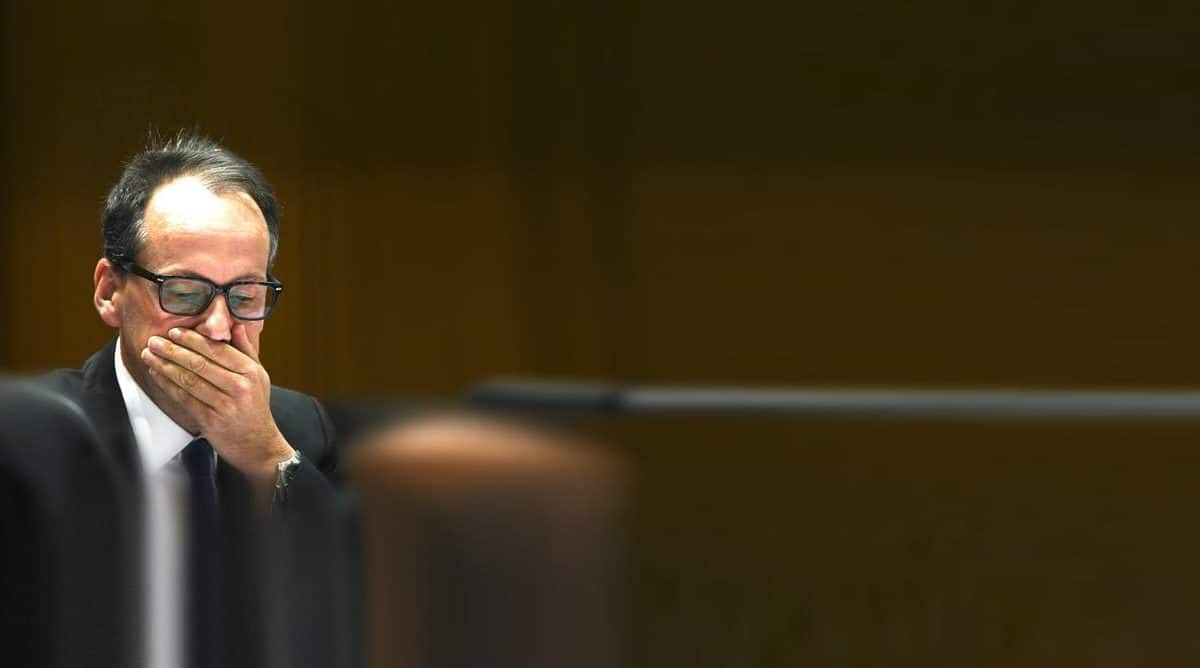 James Shipton, chairman of the Australian Securities and Investments Commission, has stood aside after an adverse Audit Office report about $118,557 paid by ASIC on his behalf when he relocated from the US.

The Audit Office also found payments of $69,621 for deputy chairman Daniel Crennan, to relocate from Melbourne to Sydney, had not been within the guidelines. He has not stood aside.

ASIC is the national corporate regulator.

Both men said they would repay the money. The funds for Shipton related to taxation advice and support when he relocated to take up his position, while Crennan received payments for housing expenses.

The Audit Office indicated the amounts might exceed the limits set by the Remuneration Tribunal, and pointed to Commonwealth procurement rules not being followed.

The revelations about ASIC come a day after the government forced Australia Post CEO Christine Holgate to stand aside when she revealed four employees had been given Cartier watches worth $3000 each as a reward for their work on a major commercial deal.

Scott Morrison, who on Thursday denounced the Post rewards, said on Friday the government was taking legal advice about whether Holgate should be paid while an inquiry – by public servants with outside assistance – is conducted into the matter. Australia Post is a government-owned business.

The tax services for Shipton were provided by KPMG and the fees escalated. The Auditor-General said: “The fee increases were described by KPMG as being due to the complexity of the tax affairs being managed”.

After its finding about the ASIC payments the Audit Office recommended

… ASIC review the processes supporting the approval of remuneration and benefits paid to executive office holders, including the trigger points for seeking advice should amounts outside the Renumeration Determination be considered, and

… a review be undertaken of the procurement processes around payments for tax advice paid on behalf of the chair to determine the internal controls that need to be either reinforced or redesigned.

Frydenberg has ordered an independent review of the matter.

In his statement Shipton said: “ASIC acknowledges the processes supporting the approval of these relocation expenses were inadequate and, given the high standard ASIC holds itself to, it is disappointed that such situation has occurred.

“ASIC anticipates the independent review will assist it to make appropriate changes to key policies and processes.

“In the interim ASIC has implemented changes to procedures associated with approval of expenses relating to geographic relocation for statutory appointees to ensure that there is Commission oversight of those expenses and that the arrangements for new statutory appointees are clearly documented prior to them being made.”

Shipton said he had advised Frydenberg that it was appropriate to stand aside while the review was done. “I hold myself to the highest possible standard.”

A deputy chair of ASIC, Karen Chester, will act as chair in the interim.