Opposition Leader Tony Abbott has written to Prime Minister Julia Gillard warning her against naming a new governor-general before this year’s federal election. Government insiders are speculating Abbott intends to nominate former mentor John Howard to the position if the Coalition is elected in the September poll. 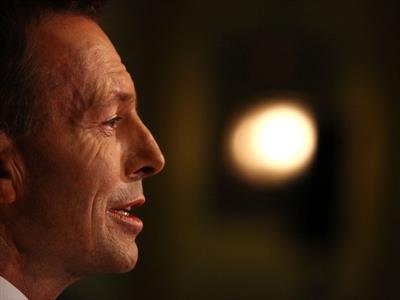 OPPOSITION Leader Tony Abbott has written to Prime Minister Julia Gillard warning her against naming a new governor-general before this year’s federal election. Government insiders are speculating Abbott intends to nominate former mentor John Howard to the position if the Coalition is elected in the September poll.

In a letter obtained by Fairfax Media, Abbott claims that the Prime Minister would be going against traditional convention if she names a replacement for Governor-General Quentin Bryce, whose term is due to end next March. Bryce’s tenure as Australia’s head of state has already been extended by six months to avoid conflict with the federal election and avoid becoming a partisan political issue.

Abbott wrote: “Quite properly, arrangements regarding the appointment of a new governor-general would be, and should be, a matter for a new or a returned prime minister after the September 14 election. Thus, I seek your specific assurance that this precedent will be respected and that arrangements for the appointment of a new governor-general will be a matter for an incoming or re-elected government.”

The Opposition Leader cited Gillard’s recent appointment of a new Australian Electoral Commissioner had already proven that the Prime Minister was willing to subvert the political convention of not making important appointments in the period directly preceding an election being held. Abbott has argued that Gillard’s early declaration of a September poll date had effectively kicked off the 2013 campaign season and signalled the beginning of Gillard’s period as ‘caretaker’ Prime Minister.

Abbott wrote: “In my view, the decision to announce these appointments subverts the established convention that no government should make decisions that are legitimately the province of a potential successor,” he wrote in the letter dated April 21.

“The announcement of appointments expressed to take effect almost nine months into the term of the next parliament and some 15 months before they become operative is a blatant abuse of power.”

A senior government figure told Fairfax Media that they believed that it was Abbott’s intention to prevent Gillard naming a replacement for the governor-general in order to keep the position open for former colleague and Liberal Prime Minister John Howard. They claimed that the appointment of a divisive partisan figure like Howard would fundamentally politicise the position of governor-general and compromise the relationship between government and the monarchy.

The unnamed government source said: “Abbott has missed the point of due diligence,” the figure said. ”This is not just a matter of putting out a press release; we cannot afford another (controversial Governor-General) Peter Hollingworth.”

The role of the governor-general is to act as the monarch’s representative in Australia, signing off on all legislation and government appointments on behalf of the British royal family. The position has traditionally been considered ceremonial and apolitical, with previous governors-general typically accepting the decisions of elected government.

Current Governor-General Quentin Bryce has served in the position since 2008, acting as Governor of Queensland for five years prior to her appointment by Prime Minister Kevin Rudd. She was the first woman appointed to the position of governor-general, and had previously served as Federal Sex Discrimination Commissioner under the Hawke government.