Organisers of an anti-war protest in Canberra deny the action is insensitive to the Anzac spirit and are willing to face criticism. 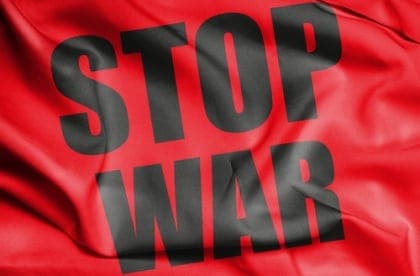 Anti-war protesters plan to take to the streets of Canberra on the eve of Anzac Day.

With security at full strength in the nation’s capital on Thursday for the visiting Duke and Duchess of Cambridge, the Whistleblowers, Activists and Citizens Alliance has scheduled action.

“We are not planning to create mass social disobedience, but to educate people about how entrenched society is in the military,” spokeswoman Sam Castro told AAP on Tuesday.

The protest plans to set off from the foregrounds of Parliament House and visit 28 sites around Canberra including the headquarters of ASIO and consulates of countries which manufacture arms.

The protest route will be released late on Wednesday and Ms Castro said it’s not the intention to cause problems for the royal tour which will be moving throughout the parliamentary zone.

“The (Australian Federal Police) are quite concerned we are all going to run into each other,” she said.

Police have not asked organisers to reschedule the protest and refused to comment on security arrangements for Thursday.

Ms Castro rejected assertions the protest was insensitive to the Anzac spirit.

“I think the Anzac myth is not necessarily resonating with those who are returning from modern warfare where 90 per cent of casualties are civilians,” she said.

“If we are going to cop flack for trying to reflect that, then people are yet to learn the lessons of modern warfare.” – AAP