The shooting of Angelina Jolie’s new film Unbroken in NSW is expected to inject millions of dollars into the local economy. 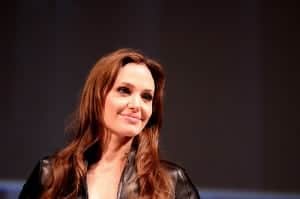 RESIDENTS in the tiny town of Werris Creek will have to get used to spotting Hollywood star Angelina Jolie about town with her new film Unbroken to be shot in NSW.

The World War II film will be shot in both Sydney and regional NSW, it was confirmed by the state government on Tuesday.

The coup is expected to inject millions of dollars into the state’s economy and create more than 300 jobs.

“We’re expecting that some of the visual effects work for the film will also be undertaken by NSW companies,” Stoner said.

Last month, Jolie left Werris Creek residents a little starstruck after making a surprise visit to the town, near Tamworth, to scout locations for her new film.

Unbroken, based on the best-selling book by Laura Hillenbrand, is Jolie’s second directorial foray after the critically acclaimed and Golden Globe-nominated In The Land of Blood And Honey.

The film will star British actor Jack O’Connell (300: Rise of an Empire) as Zamperini plus rising stars Garrett Hedlund (TRON: Legacy), Domhnall Gleeson (Harry Potter and the Deathly Hallows) and Finn Wittrock (All My Children).

Unbroken will be the latest in a series of large-scale productions wins for NSW, with other recent successes including The Wolverine, The Great Gatsby and Lego. -AAP