America ‘won’t be the same again’ as Trump takes power

SPECIAL REPORT FROM WASHINGTON DC: "It seems that Australia too is sadly moving to the right, although not as far as the US has. We need to take a lesson from what happened here." - Aussie expat on Women's March.

Outspoken Aussie expats and cautious government officials were among prominent participants at history-making events in Washington DC over the past few days.

As Donald Trump was sworn in as 45th US President, former Treasurer and now Ambassador to the US Joe Hockey sat just meters away from the new occupant of the Oval Office.

Canberra remains anxious about Mr Trump’s plans for both Australia’s standing in trade relations between the US and Asia.  As well as its own developing – and far from certain – new relationship with Washington, the country’s premier global ally.

All eyes are nervously fixed upon new Secretary of State Rex Tillerson and whether he will stay true to preferred Australian policy or whether he will be overruled by President Trump who has already scuppered US participation in the Trans-Pacific-Partnership (TPP), potentially plunging the fate of Aussie-American relations into disarray after just a few days in office.

But for now Joe Hockey, who replaced former Labor leader Kim Beazley as Australia’s point-man in Washington, was keen to strike a memorable pose on the Ambassador’s podium in front of the world’s media and pro-Trump crowds.

In a terrific location for this extraordinary event #Inauguration pic.twitter.com/MhIeKVQeN8

Mischievously tinkering with protocol, he stood prominently above the assembled grey suits – who sat dutifully – unlike the boisterous former North Sydney MP looming large above his counterparts, chasing that elusive ‘money-shot’ selfie.

Although the Australian Embassy in Washington has maintained a respectful and cautious low-key response to the election, Hockey excitedly posted on Twitter his mobile pictures of the new President-proper just feet away.  And he hurried to include extra shots to boast of his “terrific location” selfies on the podium to surpass all competitors.

While the official governmental pivot is to hold its collective breath to see how Donald Trump will deal with Australia (if at all), former Aussie locals and expats were not quite as restrained.  They joined the estimated half-million-strong Women’s March on Washington the following day.

Media producer Kate Maxwell, originally from Adelaide but living in New York travelled with other demonstrators in chartered coaches to America’s capital for the events.

She told Australian Times: “the past few days’ events have really politicised me and Aussie friends like never before”.

“It seems that Australia too is sadly moving to the right, although not as far as the US has.  We need to take a lesson from what happened here” she added. 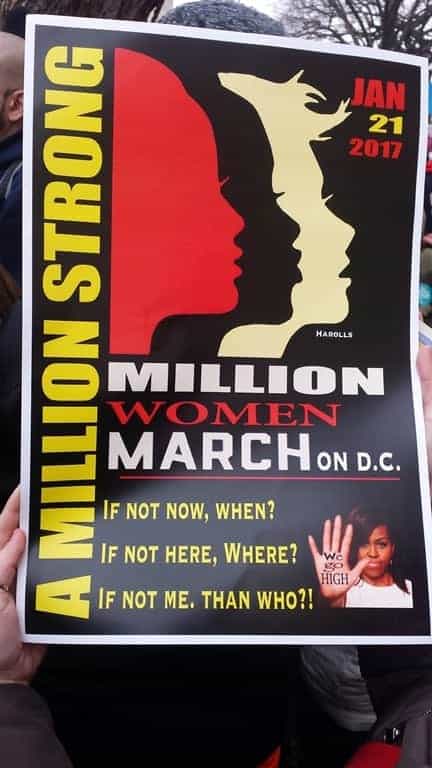 Washington’s thronged crowds bore placards with searing slogans and were spurred on by celebrity advocates from Scarlett Johansson to Michael Moore and Mohammed Ali’s daughter Maryum who urged a renewed spirit in the fight for gender and social equality.  They joined similar record-breaking marches around the world including Sydney. 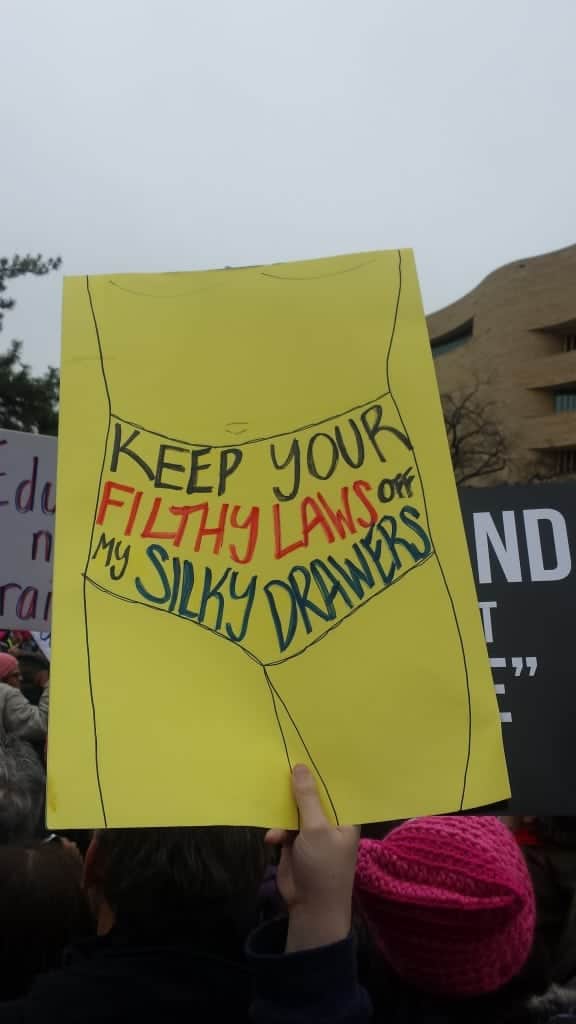 Expat Kate Maxwell heard the call loud and clear.  “The message here in America is to get active, get out there and run for office.  From this weekend, the US won’t be the same again.”